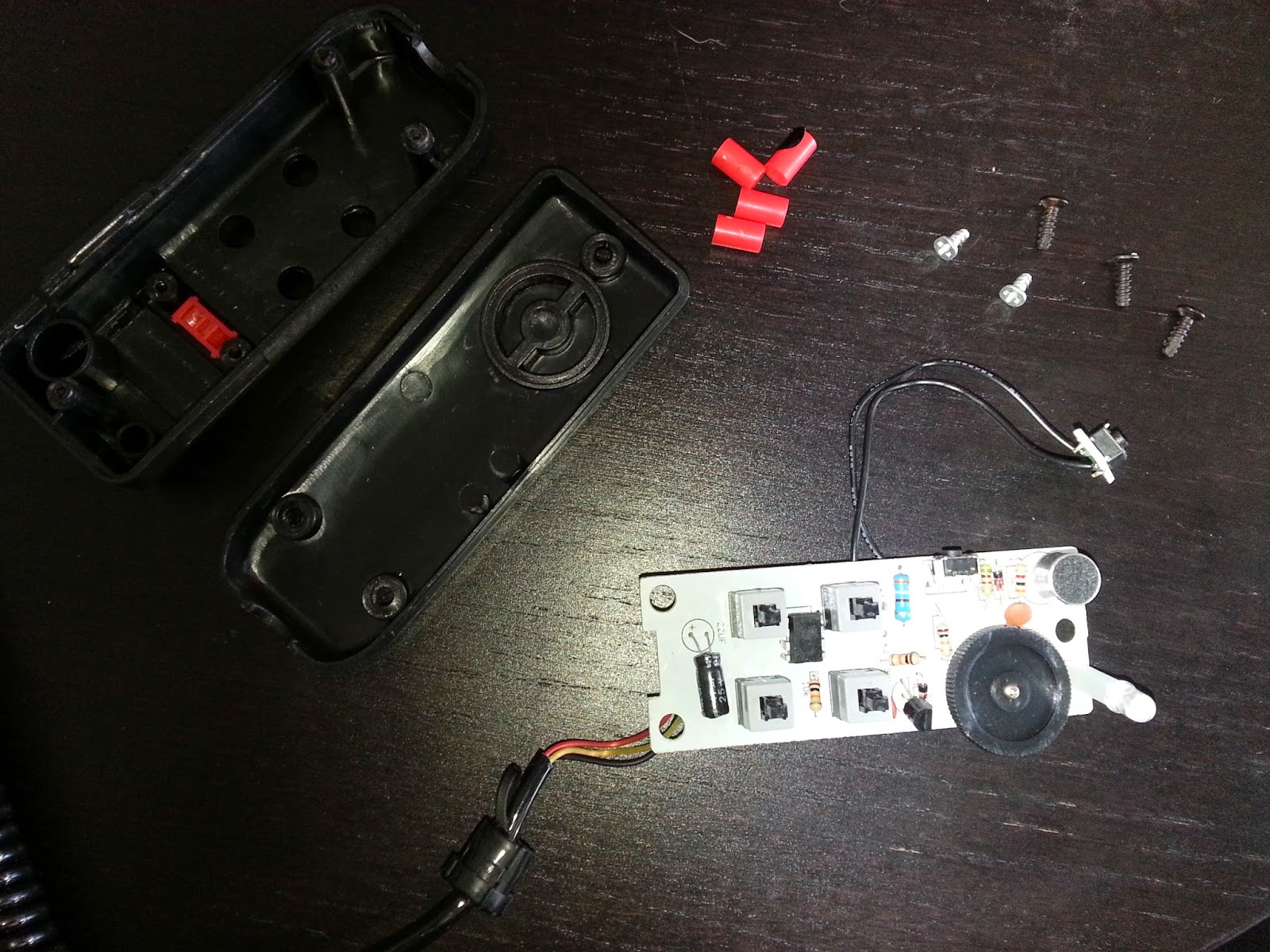 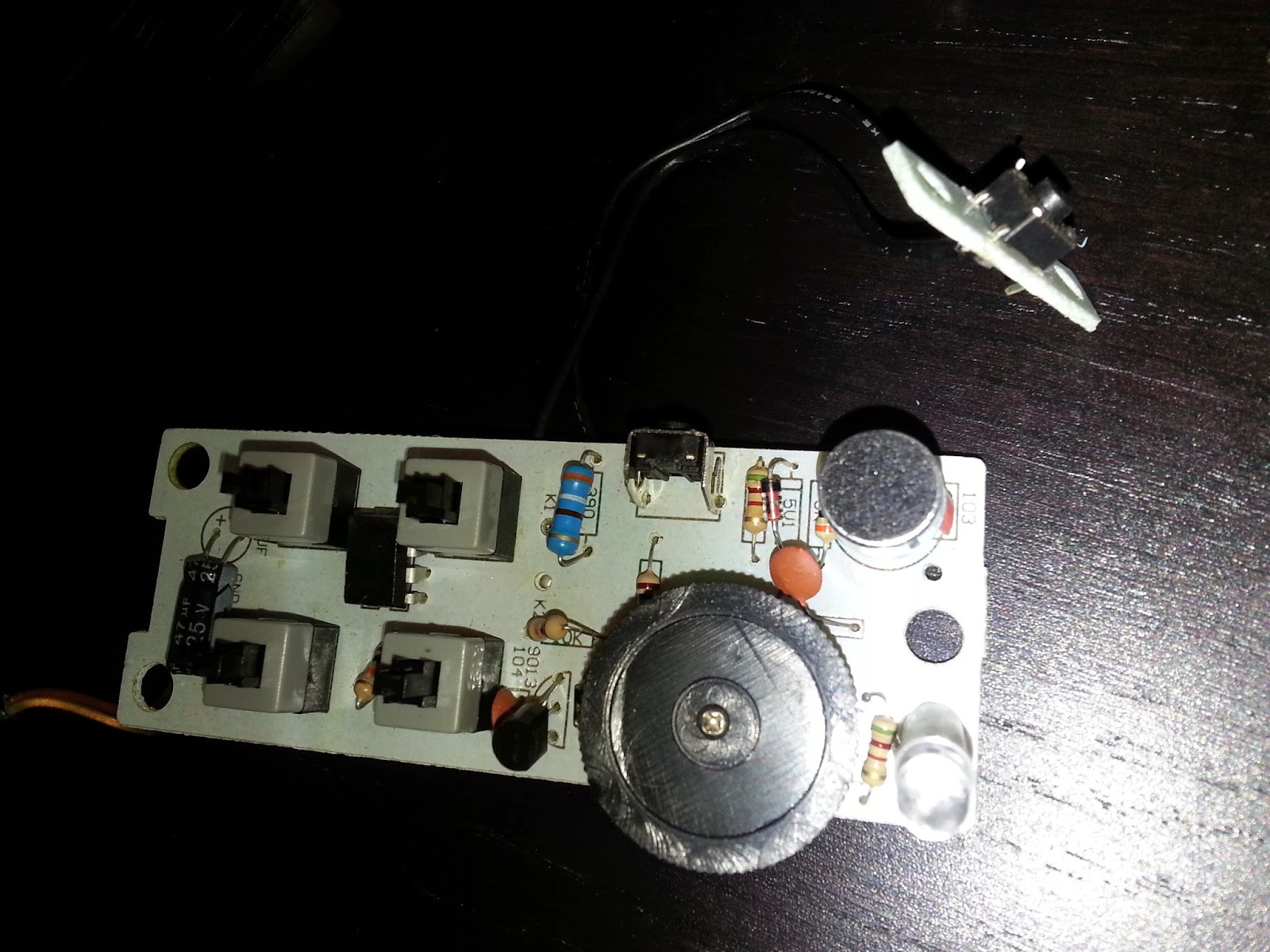 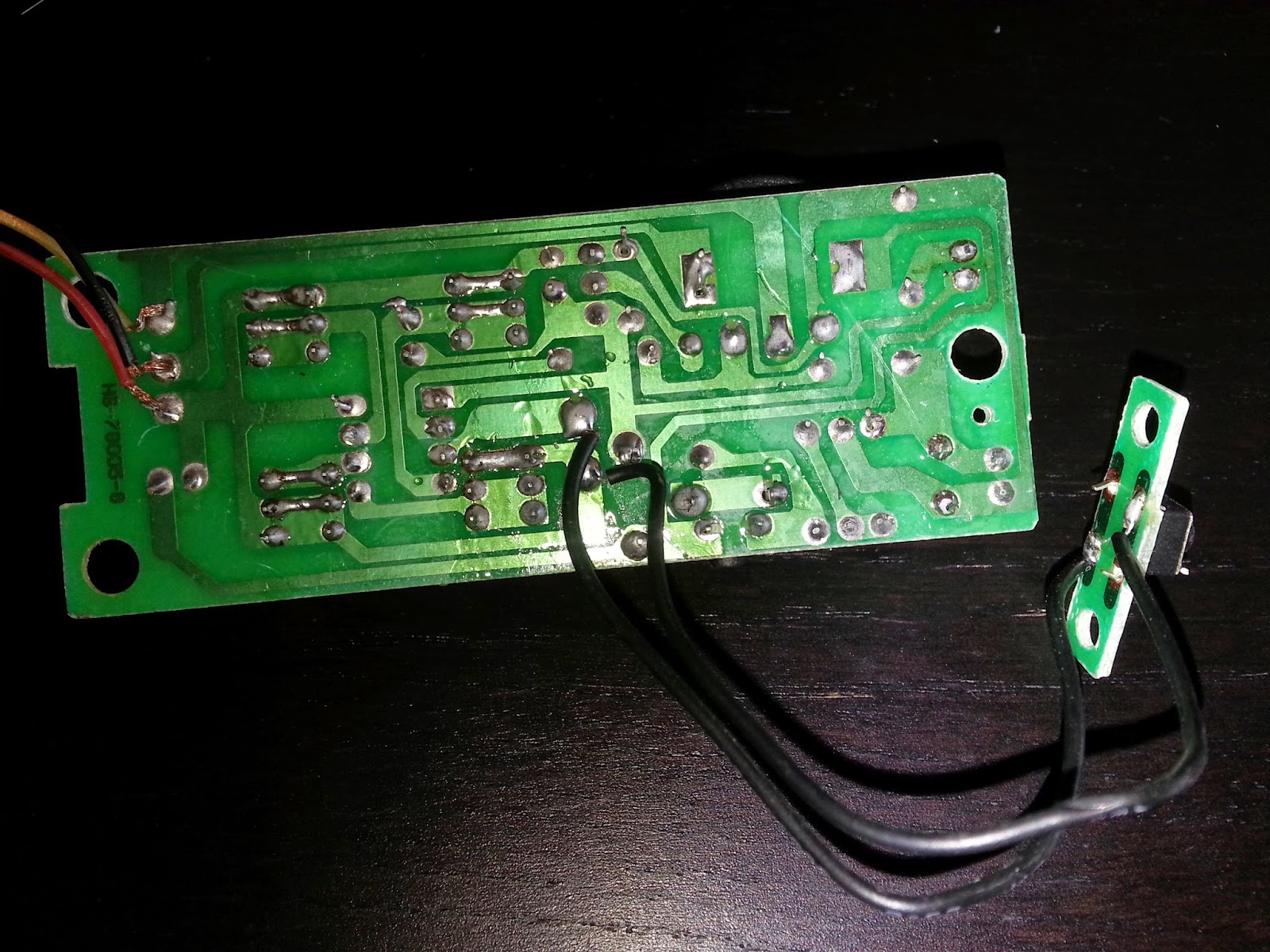 I dismantled the hand held unit of the "Annunciator 2 in 1 5 tone / 3 tone electronic siren with mic." It appears to be pretty simple, just like figuring out the Switch Pod Buttons I should be able to do the same here and add wires from the button terminals and run them to the switch of a SPST Relay to duplicated what the buttons are doing on this simple circuit board. The micro or mini button on the ends of the two black wires look to be a simple ground momentary switch, in either case a Relay will do the job for that button too. The side button for the Mic appears to be also a simple micro/mini momentary button so again another simple SPST Relay should do the trick. Now those 4 other micro switches I'm not sure if those are momentary buttons or latching, those may be a bit tricky trying to figure out a good way to use my Switch Pod Buttons for those 4. I suppose the other few things are the indicator LED light, Volume Control Knob, the Mic, those items on the board I will need to think about soldering them off of the board, extending their wires and relocating them somewhere. I mentioned in my last post about the Mic being installed into the upper console somewhere, that is certainly a possibility. I suppose the Volume Control Knob could be located beside the Mic along with the indicator LED light. The Circuit board I could mount in up inside of my Knight Rider Dash securely to another bracket I could glass in somewhere.

It's going to be a bit of mucking about with my Multimeter to figure out what is what for sure on this little circuit board and some playing about with some soldering and finer gauge wires, and some fiddling about with Relays but if I'm not mistaken I think it can be done.

Posted by KnightRiderGuy at 2:30 PM