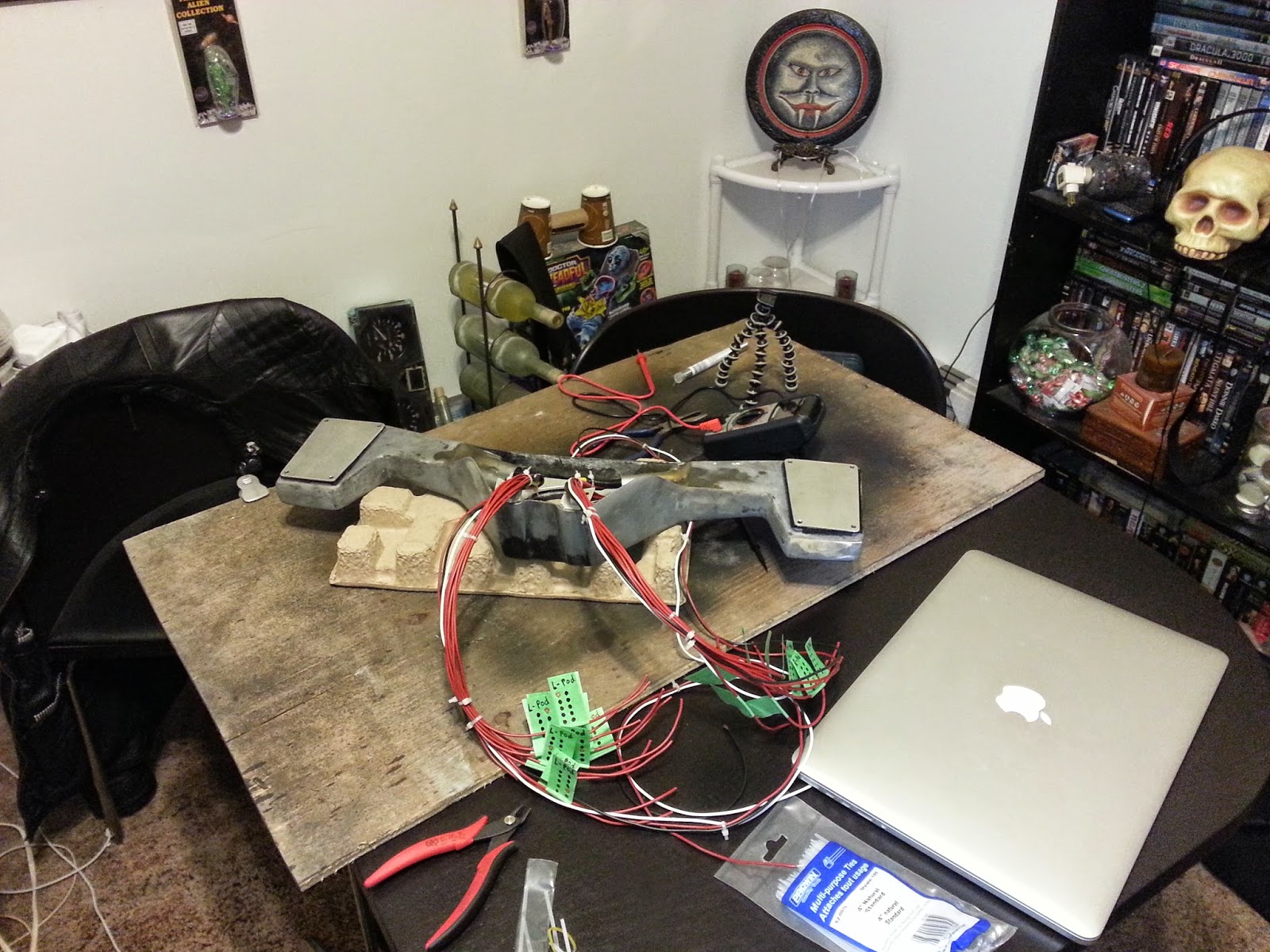 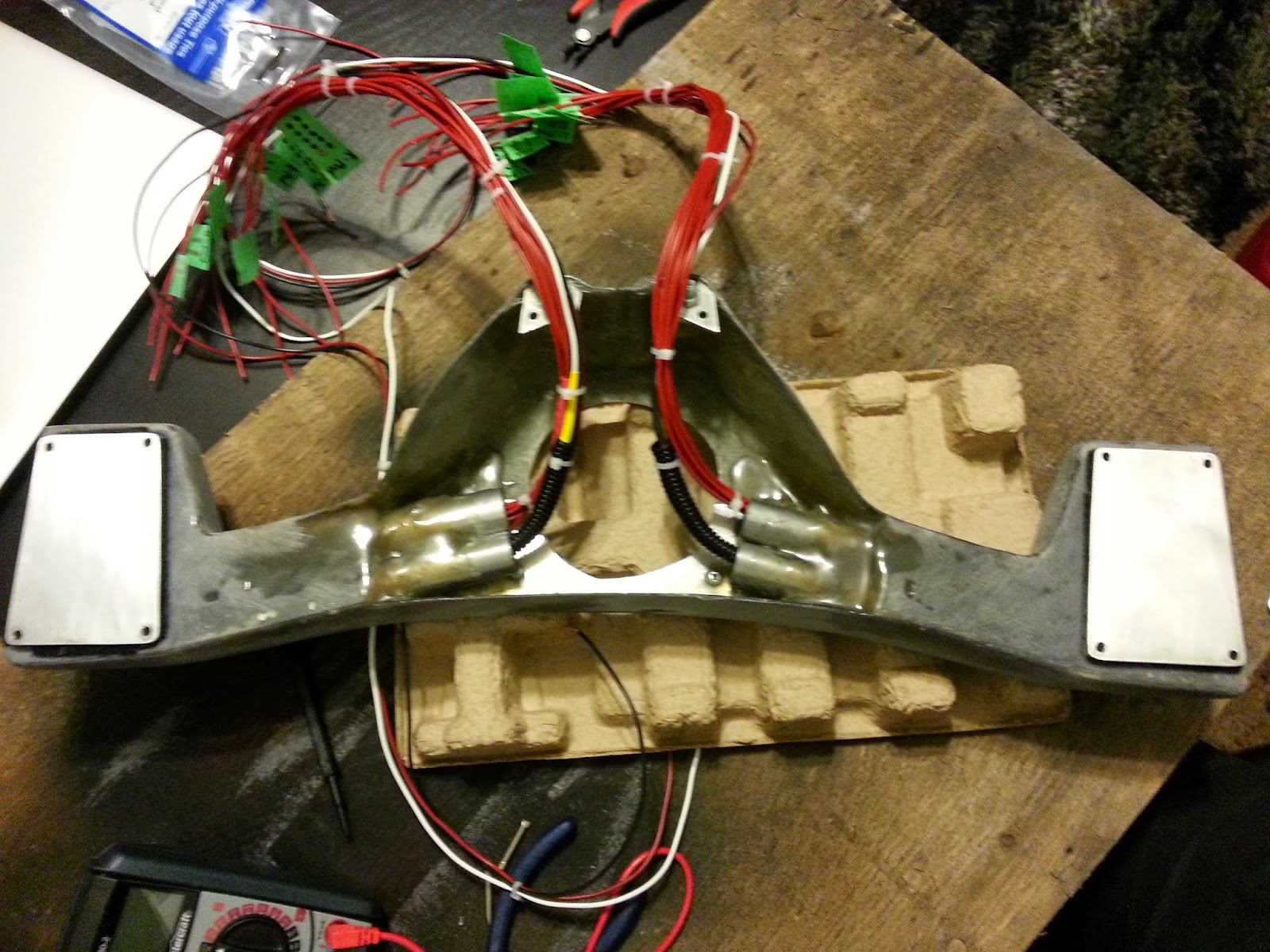 I kind of took over our dinning room table when I was working on wiring up the individual switch pod buttons. It was the best place to work seeing how other projects have kind of taken over the rest of my work space and this was the only other area with a big enough table and good lighting. It's a good thing my sweetheart is very tolerant of my creative process. lol I know some women out there go Ape Shit over stuff like that, I'm so blessed and lucky that I have an AWESOME woman in my life ;)

I ran all the wires through the tubes I had secured into the back of the Switch Pod Unit. At he ends of the tubes where the wires come out I covered the wires with some Hot Melt Glue to prevent the wires from moving around too much and eliminate any possible rubbing against the ends of the metal tubes. I probably should have used plastic tubes but I had this thin metal tubing that was from an old broom handle that was going to get tossed in the trash but thought it might come in handy for something.... lol and it did. 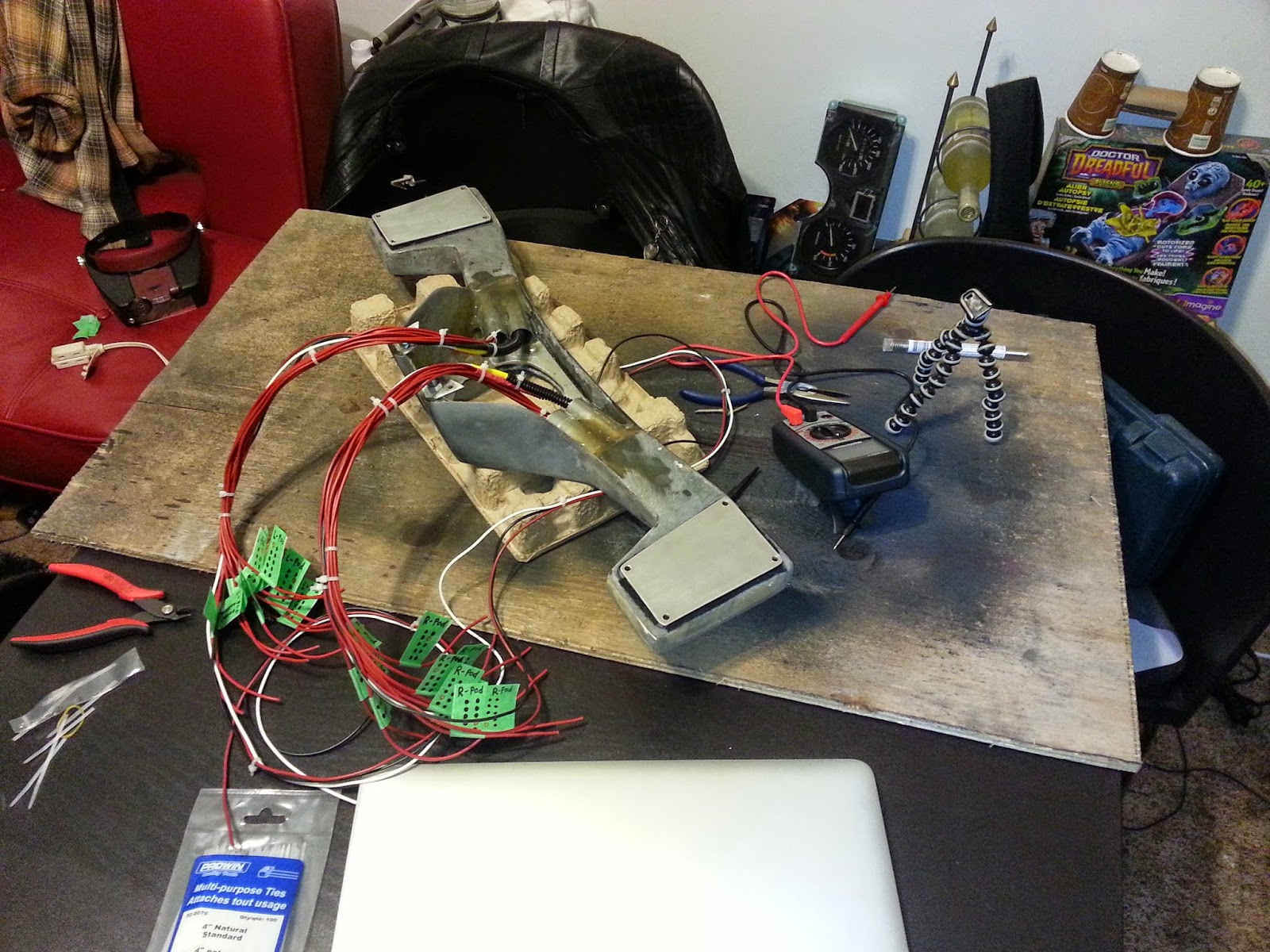 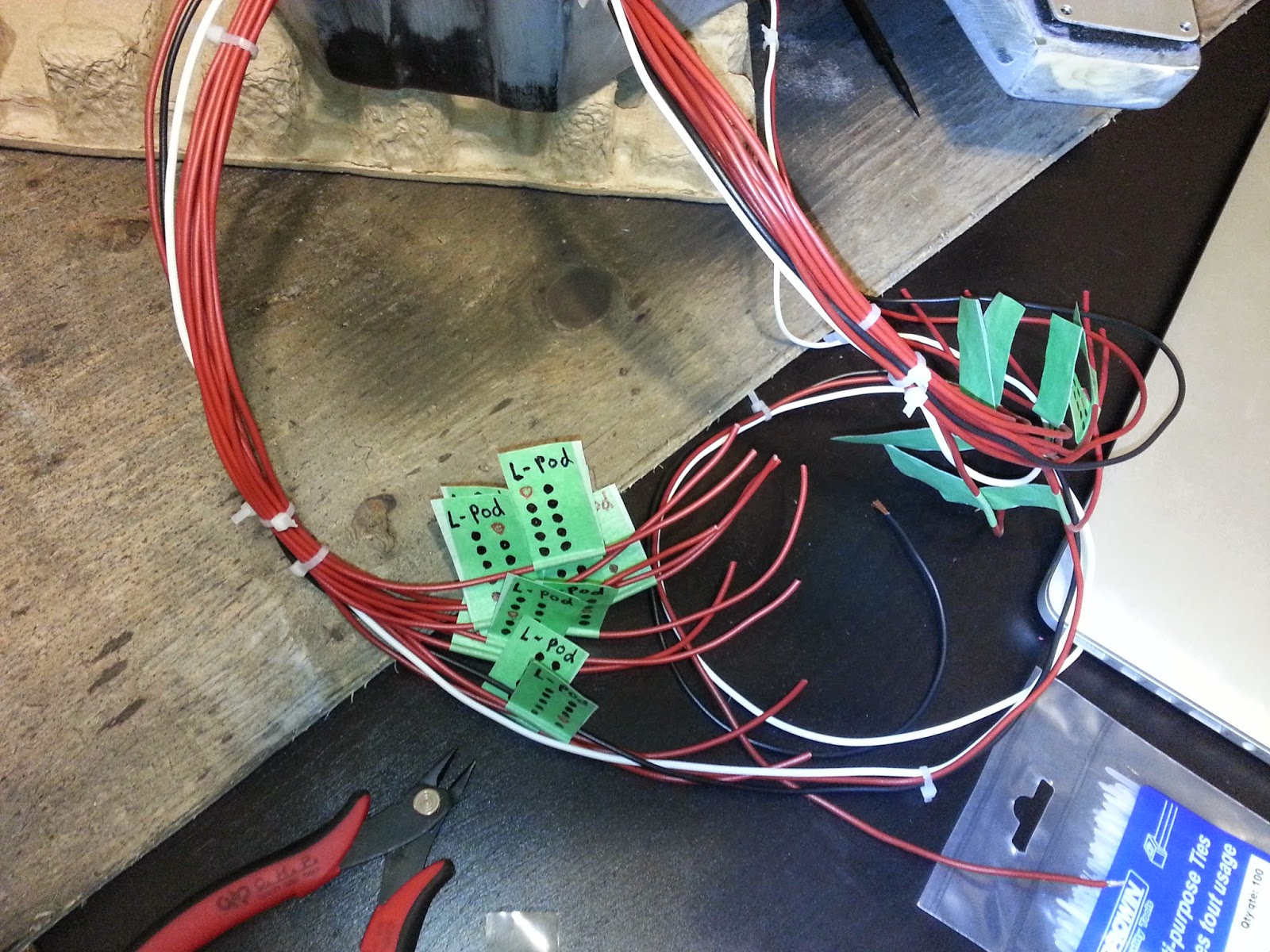 All my wires for each individual Switch Pod Button are carefully labeled for easy identification later on when they will be wired up to a Relay, most likely a Step Relay to perform a particular function. After securing all of the wires I went over each one with the Multimeter again to test that I was still getting good continuity when each button was pressed. My procedure for that was to place an Alligator clip onto the end of the black ground wire for each buttons board and clip it to the black or COM (Common) probe of my Multimeter and then use the red probe inserted into the end of each of the newly attached red wires for each button, hold the probe in place and then with my Multimeter set on "Ohms" press the button for that particular wire and make sure my Multimeter counts down to zero, this way I knew that when the button was pressed there was continuity in the circuit being closed for each button being tested.

All good so now all I have to do it take my dash out along with my Switch Pods and give the two a test fit and make sure I line everything up nice so I can glass the pods onto the dash. Now all I need is a day where it's not too cold, windy and or raining to go do that... C'mon Mother Nature... cut me some slack ;)

Posted by KnightRiderGuy at 11:34 AM