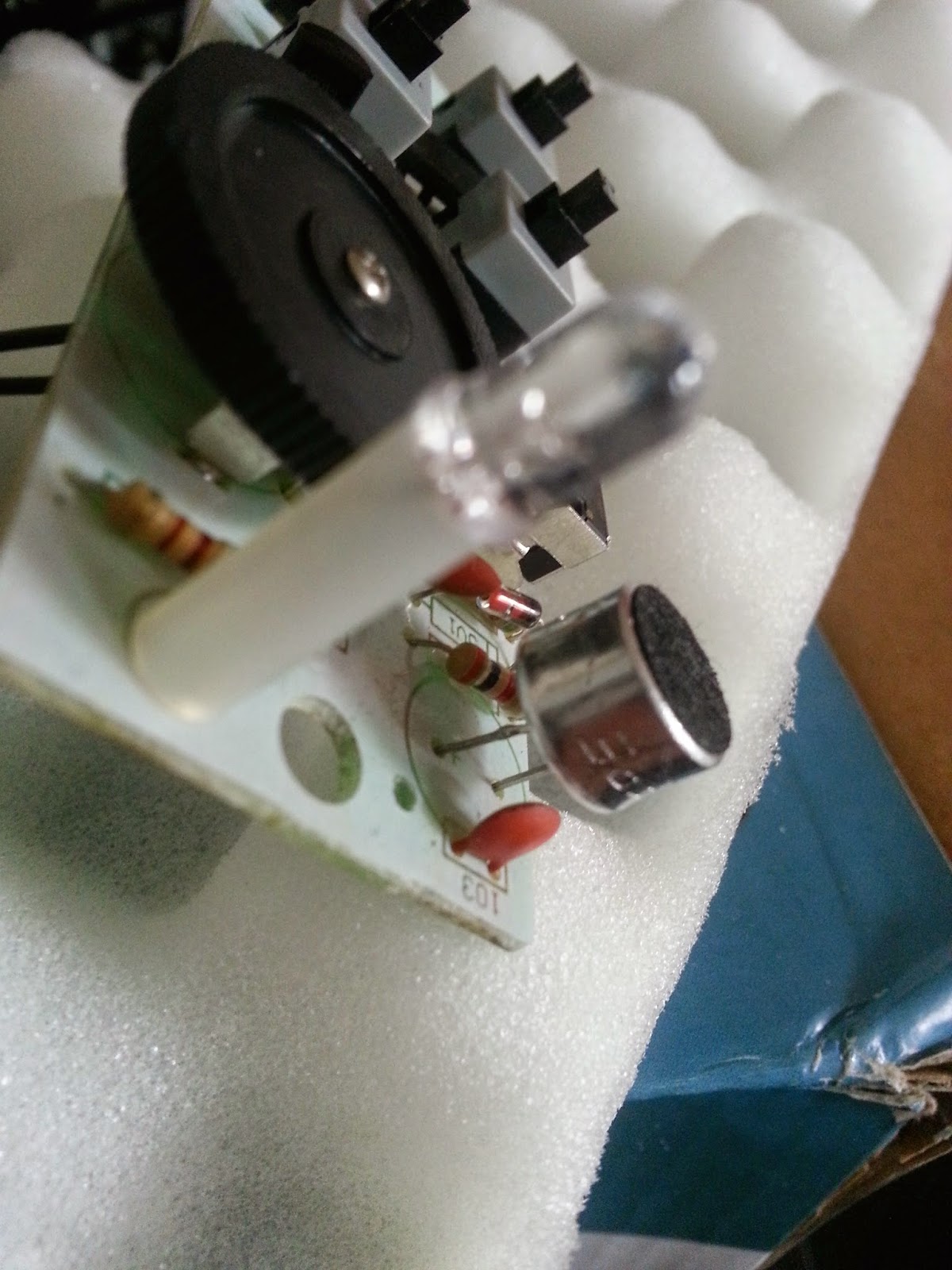 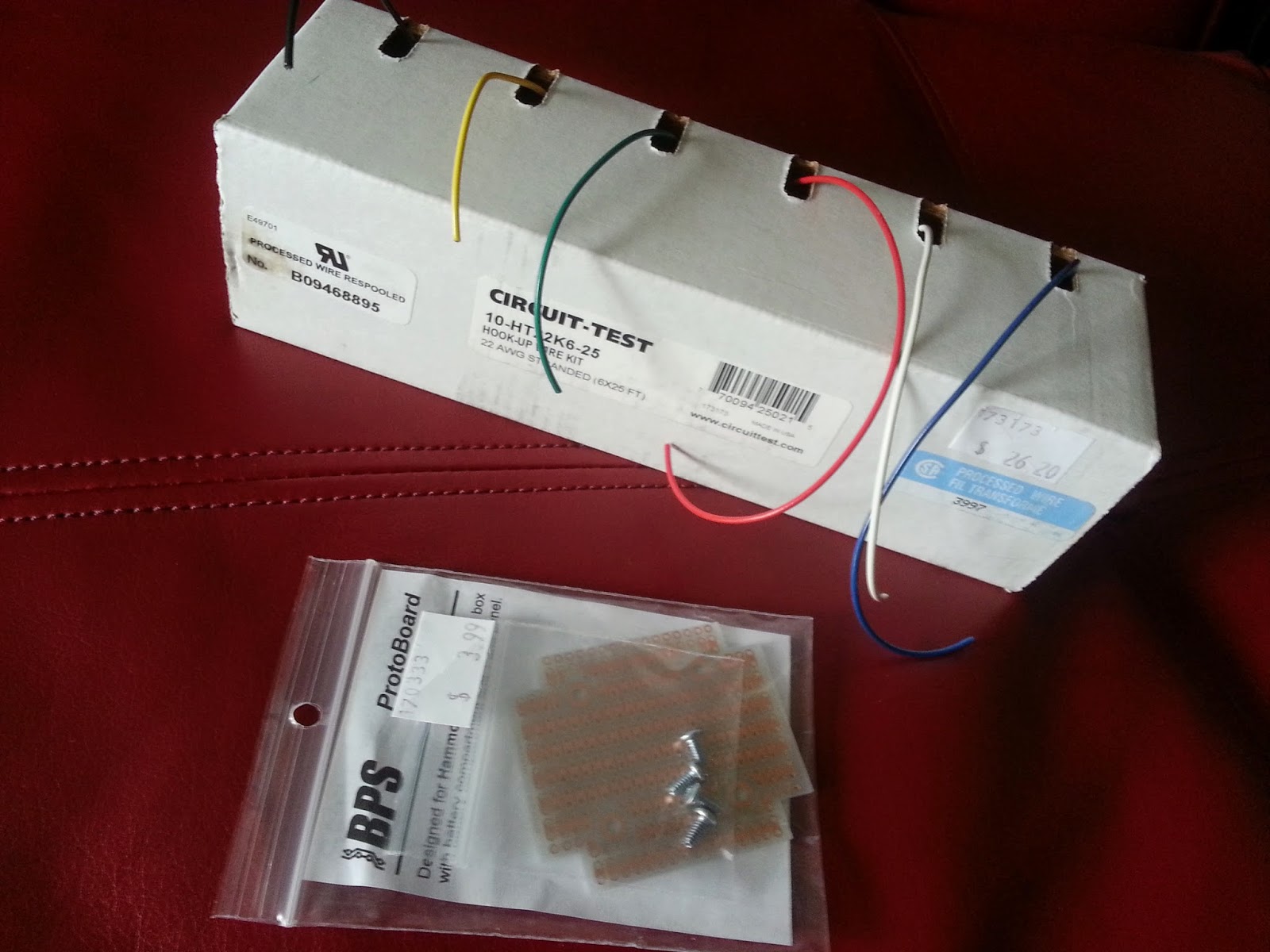 I went out this morning to my local electronics supply shop which is not more than a couple of blocks from where I live, gotta love that kind of bloody convenience let me tell ya ;) Anyways I picked up some thinner 22 AWG stranded wire and a small piece of blank "ProtoBoard" that I can use to relocate two of the components from the hand held unit of the  "Annunciator" 5 Sound generator and Voice Projection Unit that I am going to try and use as part of K.I.T.T.s Voice Projection System.

One of the things I want to test is solder on a couple of wires to those top 4 push button connections on the back of the board, attach the power supply and see if just touching the wires together will produce the same result as pressing the buttons as I'm not sure how those buttons work in relation to that board. As I had mentioned in one of my early posts I tested them for continuity with my Multimeter when each button was pressed, they appear to be momentary buttons but yet when pressed they act like latching buttons so my test with two soldered on wires to see if it will produce the same result is important to my ultimate purpose with this board. Just in case I may need to use a step relay to do the job for each of those buttons. The separate "Horn Buttom" is most definitely a momentary switch and I know for sure I can get a simple SPST Relay to do the job when one of the Switch Pod Buttons is used that function. 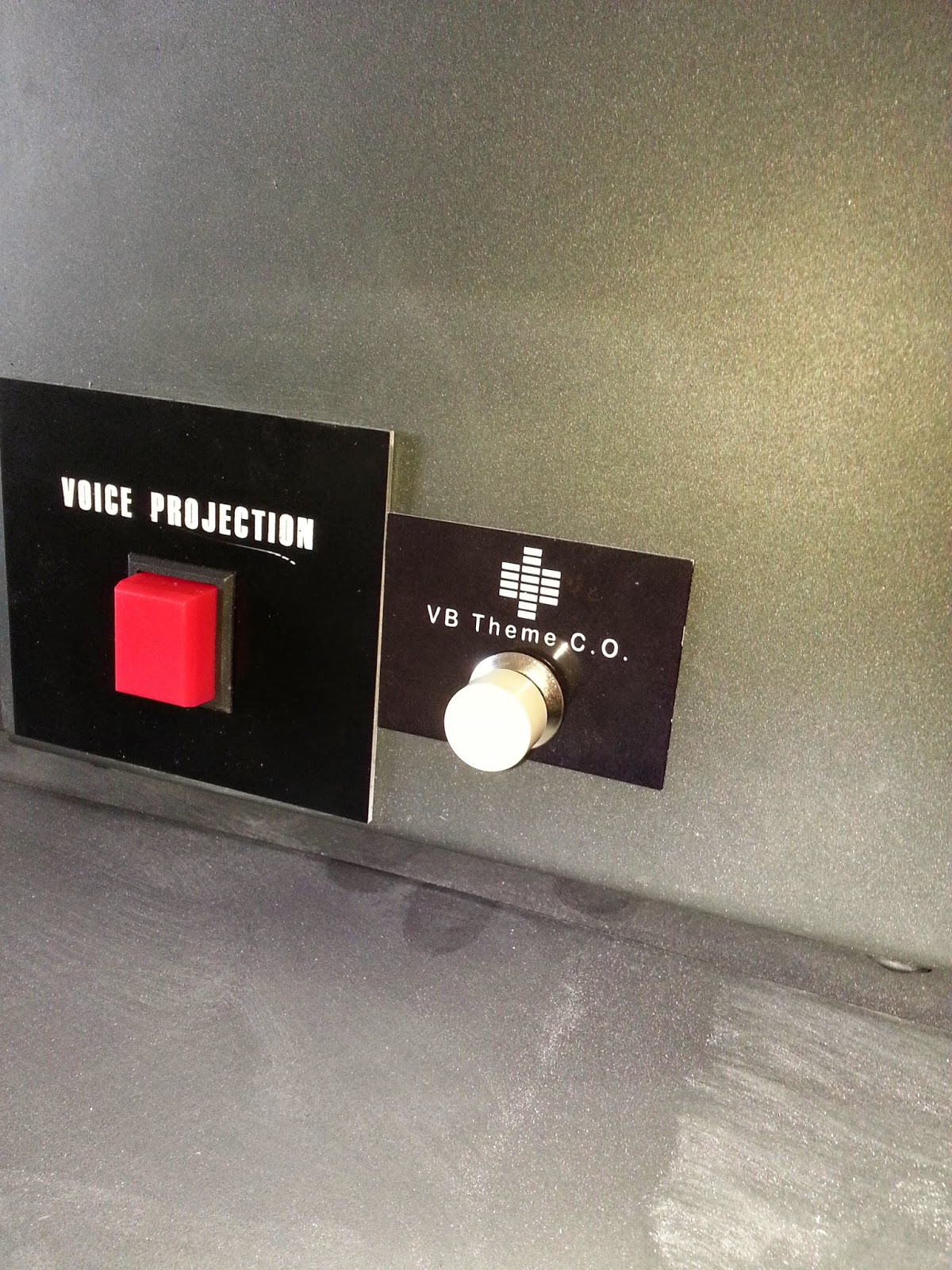 If all goes according to plan I should be able to relocate the indicator LED and the Microphone from the hand held unit board onto that little pice of "ProtoBoard" and mount that most likely into the Upper Console somewhere. I'll make a mounting bracket that will orientate the Hand Held unit board that has the Volume Control Knob on it in such a way that it can be adjusted easily. The whole set up I will eventually wire up to my Voice Projection Unit Button I have mounted under my dash so as that system is only active when that button is pressed. First though I'll see how my little wire experiment goes with one of those 4 sound effects buttons on the top of the hand held unit board. ;)

Posted by KnightRiderGuy at 10:24 AM