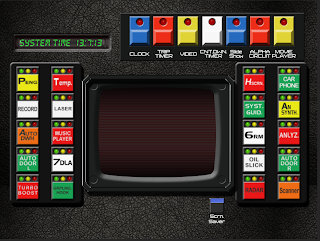 My interactive dash software is very near completion. most of the interaction between the software and the Arduino micro controller has been worked out, there are a few minor things to add like the temperature sensor. The LDR (light sensor) is working although it needs a few tweaks to be working the way I want but the functionality is there. I have included into the main software interface some generic pod buttons that are ambiguous enough to be used for any device one would want to activate, like the Paux, 7dla, 6rm, buttons. The other buttons have specific functions although technically speaking once they got out to the Arduino micro controller you can hook those up to anything you wanted too, like the Car Phone, Oil Slick, Analz, Grappling Hook, Laser, Scanner, Some of the interface buttons send out a short pulse to represent or mimic a "momentary" button, this is very useful for items like the Rear Hatch, Doors, and any other type of relay activated actuator. 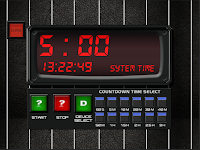 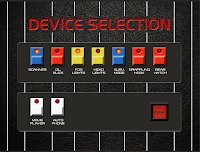 The dash software has a countdown timer screen with incremental time settings ranging from 60 sec. to 3 Hrs. Additionally there is also a device selection screen so that you can select any number of devices that can be activated by the timer.

There is also an additional timer that counts up which is useful as a trip timer. There is a interior temperature readout screen currently being worked on, I have some shift registers and some temperature sensors on order so I'll be able to work those into the dash software very shortly. Voice recognition is being worked on by Mick. I am very hopeful to have this project completed before the Summer of 2016 is over. Or at the very least have a version one available for early beta release. 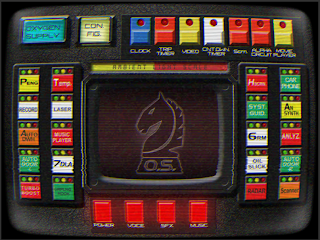 I am extremely happy to announce that I have finally teamed up with an awesome and very talented programer. Mick Dreeling has come on board and is taking this bull by the horns. As many of you may well know I had been pretty much going it alone on this project and not being a programmer has certainly had it's set backs and made the development process pretty slow going. I usually had only been working on this software over the winter months while my K.I.T.T. hibernated in the garage over the cold winter. :) But now with Mick's mad programming skills and awesome ideas we are double teaming this project something fierce. Over the course of the summer we have so many cool features and capabilities we are planning on adding into what we are now calling the Knight O.S. Knight Rider Dash Software. Without giving too much away right now we will keep you posted as the latest developments continue as we work hard to get the first version of our Knight O.S. dash software completed.

Some of the cool new features we have already implemented are: 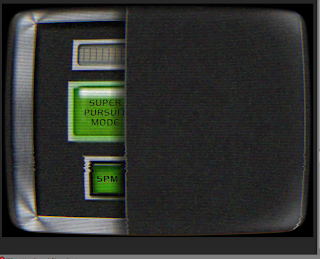 The ability to change the "Pilot Name" on the intro screen following the Login screen. We have also added a retro CRT monitor effect because as many of you well know K.I.T.T. originally had those kind of monitors installed. Today with LCD & LCD Touch Screen you have an almost perfect photo quality image on screen. Almost too perfect in many ways. Some di-hards for accuracy may very well want to give the image that is being displayed on their LCD screens a more authentic look. Well with our Knight O.S. Dash Software you can toggle the Retro CRT Effect on or off as desired and it will remember your preferences. You can also toggle the K.I.T.T. intro voice on or off at startup also. We have even included a SPM (Super Pursuit Mode) Screen that gives you the ability to hook the buttons up to whatever you want through our Arduino Micro Controller Interface. And as an added bonus even though K.I.T.T never had one in the show, or at least it was never seen anyways, we have given him a Morse Code Generator.

Here is a  update on the first official incur test of our Knight O.S. Dash Software: 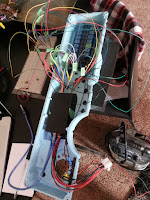 Because we make use of the Arduino Micro-Controller system with our Knight O.S. Dash Software both your Arduino and Relays can be added into some pretty small tight spaces like inside of the old blue plastic Gauge Cluster Housing. You can see by the space utilized, (Right) that if you wanted you could easily stack another 16 Channel Relay Module over top of the one currently in the Gauge Cluster Housing, there is plenty of room to do this. And even more room on the other side of the cluster to mount some larger Relays if desired also. 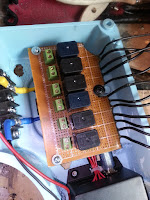 I easily added some NAIS Relays just in case I needed to run some higher amperage devices I would have them installed and ready to be used when the time comes. (Left)