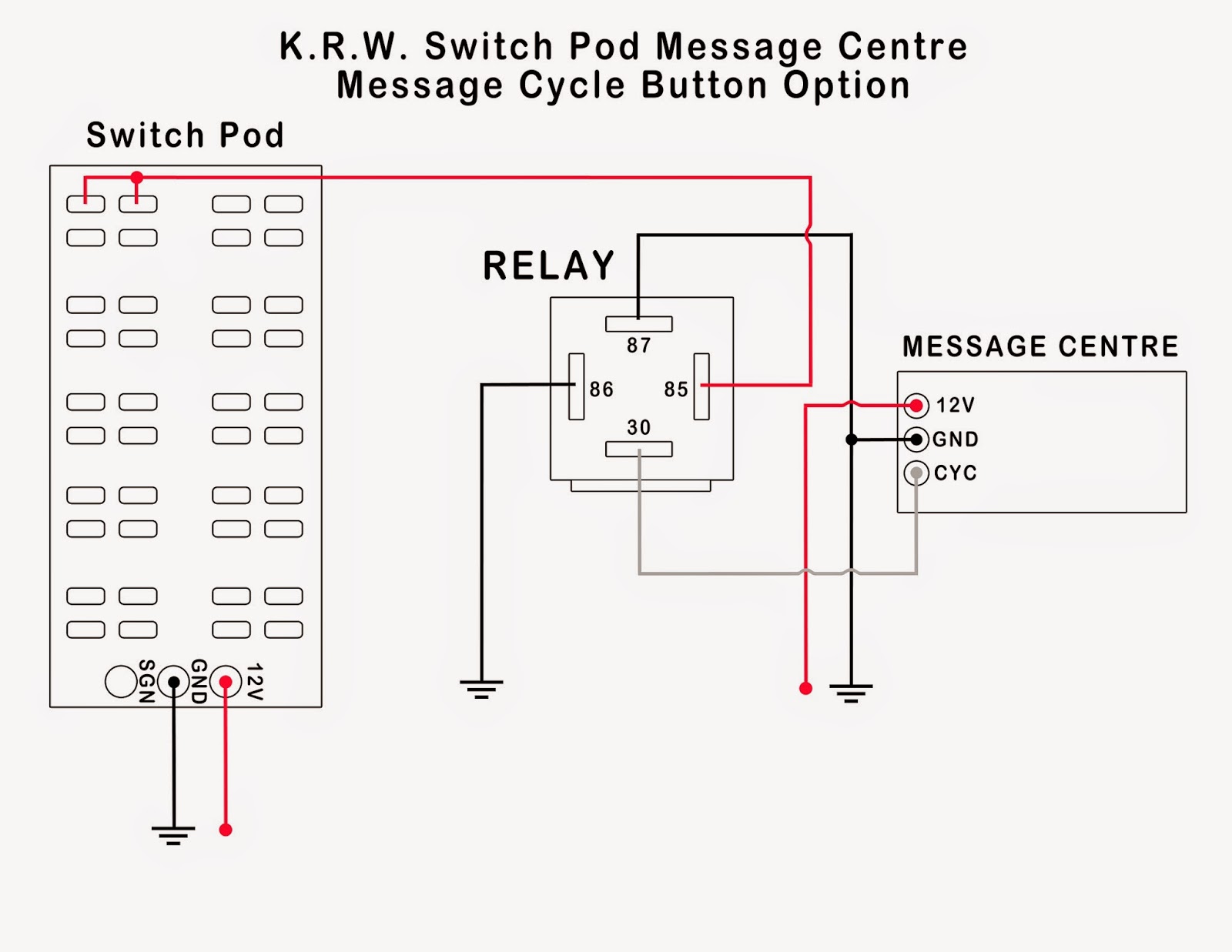 I am working on the possibility of using one of the Switch Pod buttons to cycle the message on the Message Centre. All the Message Centre need to do this is a momentary switch between the CYC and the GND wire screw terminals. My though is that a Relay activated from one of the Switch Pods buttons should be able to do this I figure so long as that red wire from the Pod actually is a power wire. I need to test that out with my Multimeter to be sure but I'm pretty sure it is, at least it would make sense to mew that it is.

Again please do NOT take my diagram here as 100 percent accurate until I mention in an updated post that it actually works right now this is just "Hypothetical" :) 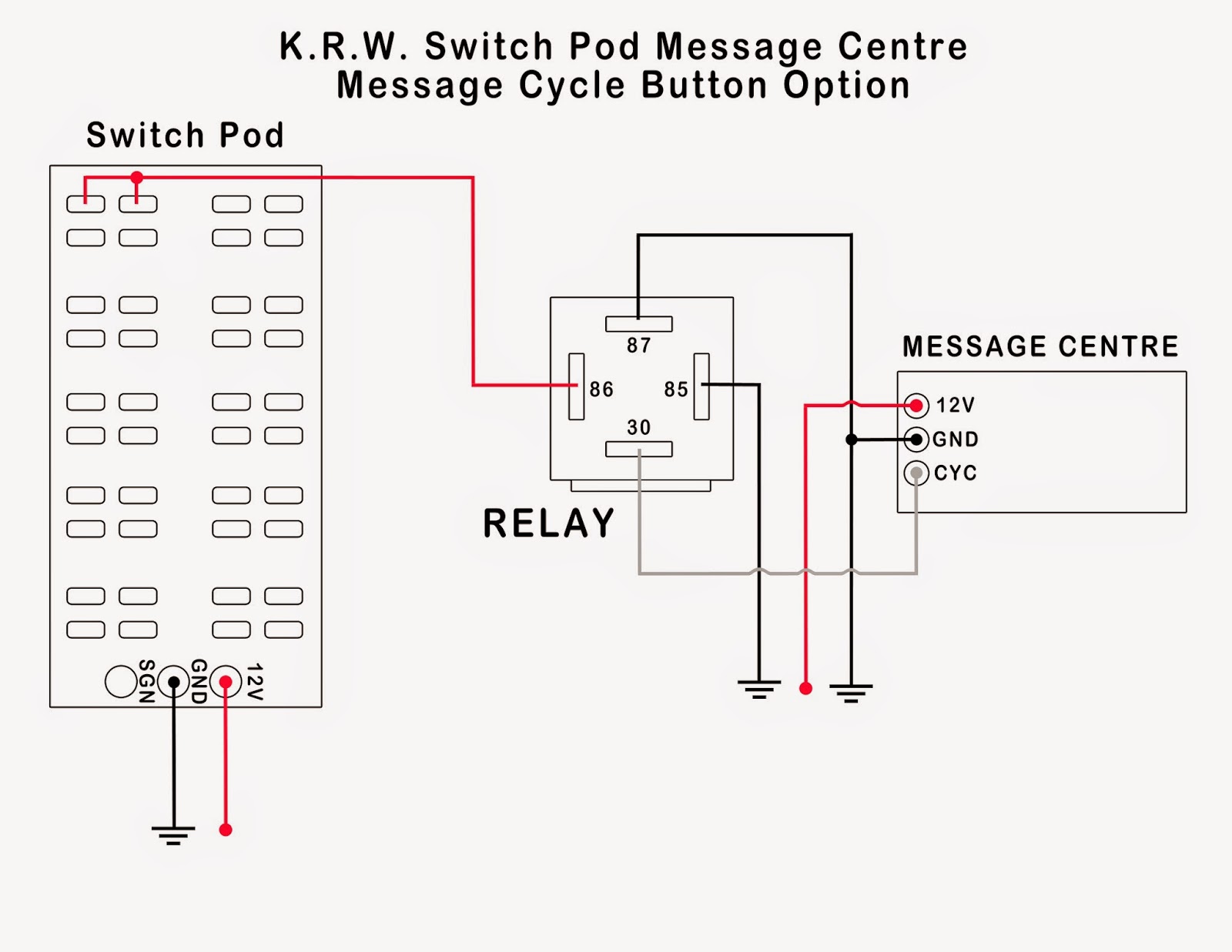 I'm not 100 percent sure if it makes a difference or not in having Relay terminals 85 and 86 in a specific order. I think from some of the initial research I have done in most cases it looks like terminal 86 is Ground or Common, while 85 is your input from switch. But like I say I'm not 100 percent certain if it makes a difference as I have seen examples of the terminals being used opposite or flipped meaning that 85 was Ground and 86 was input from switch. So I have made another diagram to reflect that difference. If you try this please be sure to verify which one is correct or if it indeed makes little or no difference. I think if the Relay had a resistor inside of it then perhaps it might??

Important Note: According to one online source on Relay Basics it is quoted as saying:

"85 and 86 are the coil pins. Normally, it doesn't matter which way you pass the current, because if you hook it up backwards, the coil will still activate the relay. However, relays sometimes have an odd tendency to turn themselves back on briefly. To counter this, a diode (a one way switch) is placed between 85 and 86. This is referred to as a tamping diode. A diode wall have a very high resistance in one direction, and a very low resistance in the opposite direction. When a tamping diode is used, it is important that you hook the coil up according to polarity. If a tamping diode is used, and you hook it up backwards, you will essentially be shorting a wire out, which sucks, because you can and will burn something up."

If you are not sure if the relay you are using has such a "Tamping Diode" inside of it You can do a continuity test between them to see if a tamping diode is being used. Test with red lead of multimeter on 85 and black on 86, the reverse. If you get a reading either way, then there is a diode beyween them.
Posted by KnightRiderGuy at 4:41 PM