Wow! What a busy day yesterday, at first I didn't feel like I was getting a lot accomplished but at the end of the day I realized just how much I had done, soldering of wires to connectors for connecting to Relays in the dash, hooking up ground connections, putting the shifter knob back in after testing all of the wires running through to my Lower Console, hooking the green and red "?" buttons up to Relays in the dash for turning on the LCD and GPS screens in my Knight Rider 2 TV Dash, and then putting together a video, wow! more done than I thought :) 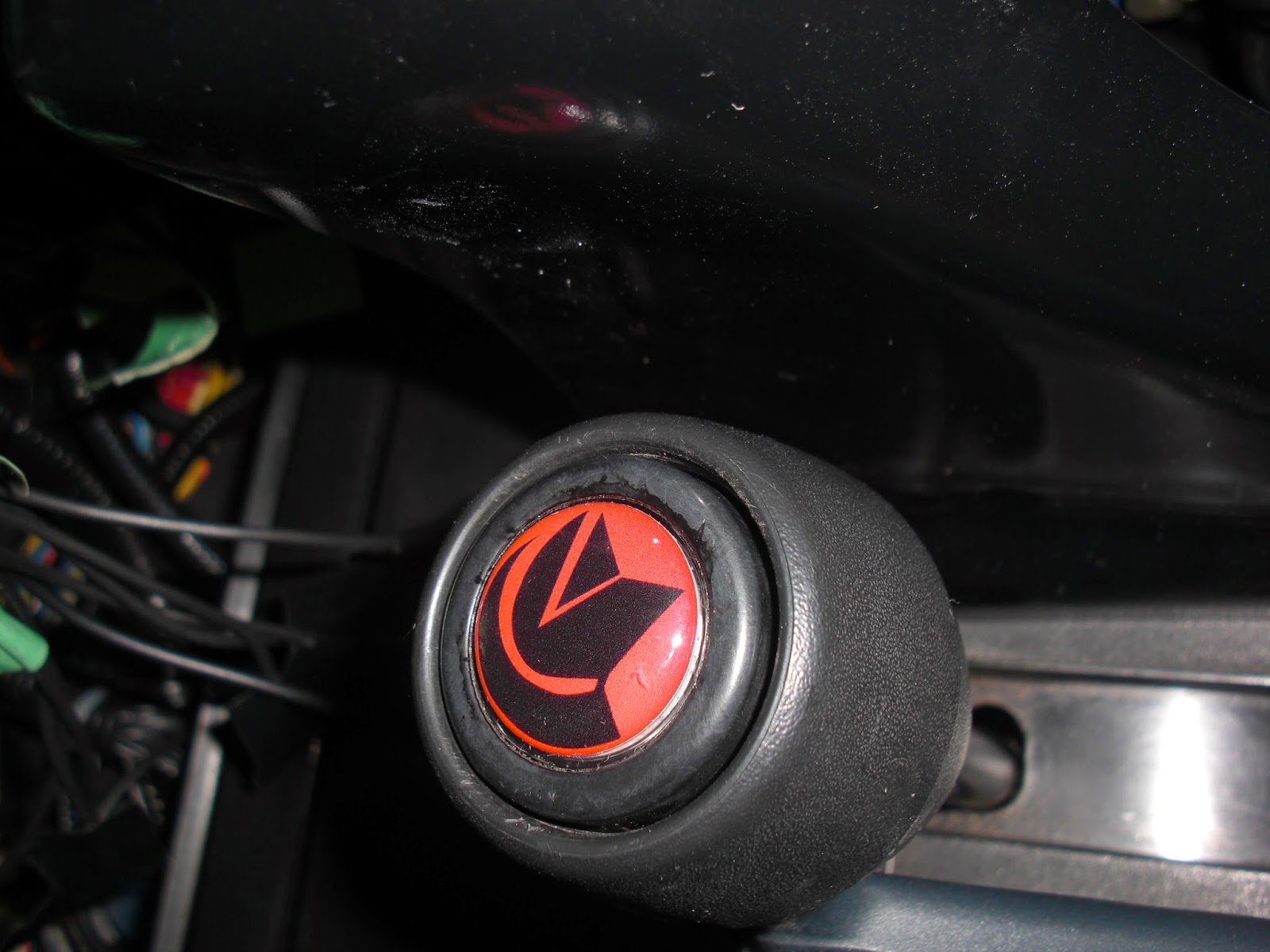 Here on the left you can see a shot of the shifter knob reinstalled and I even added the "Knight" logo that I got from Michel Hageman a fellow Knight Rider builder friend on Face Book. I even got around to ordering the S-1 Upper Console electronics from Knight Rider World later on yesterday too. 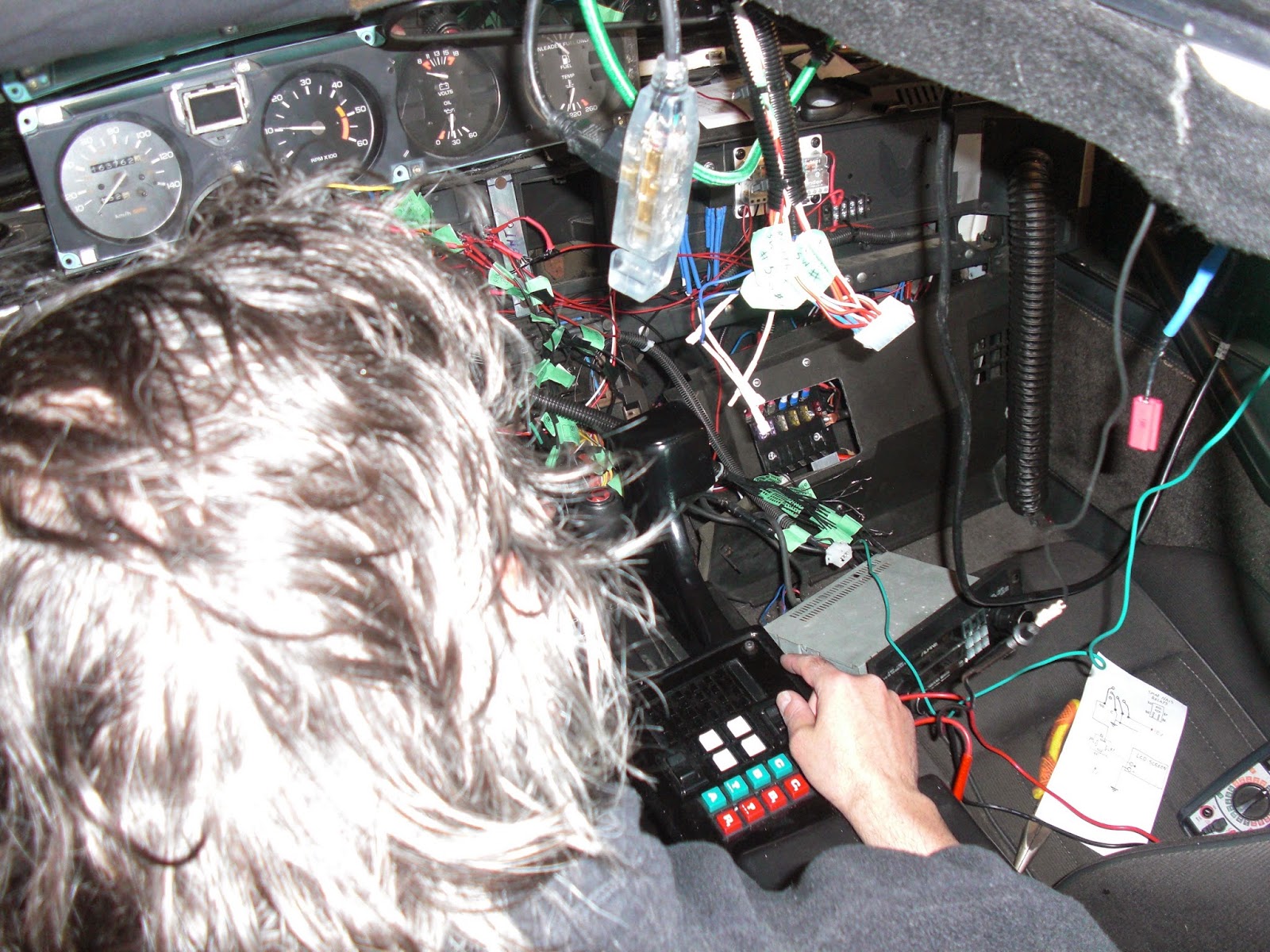 Here's a shot of me fiddling about with all of the wires inside of the car. It's a good thing I make all of those diagrams because all of that wiring gets very confusing after a while and sometimes hard to keep track of. K.I.T.T. is going to need a Manual once he's done lol. Which kind of reminds me that I'll need to do a new diagram of how I have hooked up my Lower Console switches to power my LCD and GPS screens as they are being done through a couple of small NAIS SPST Relays switching on the power side and not the ground as I have pictured in my last diagram. 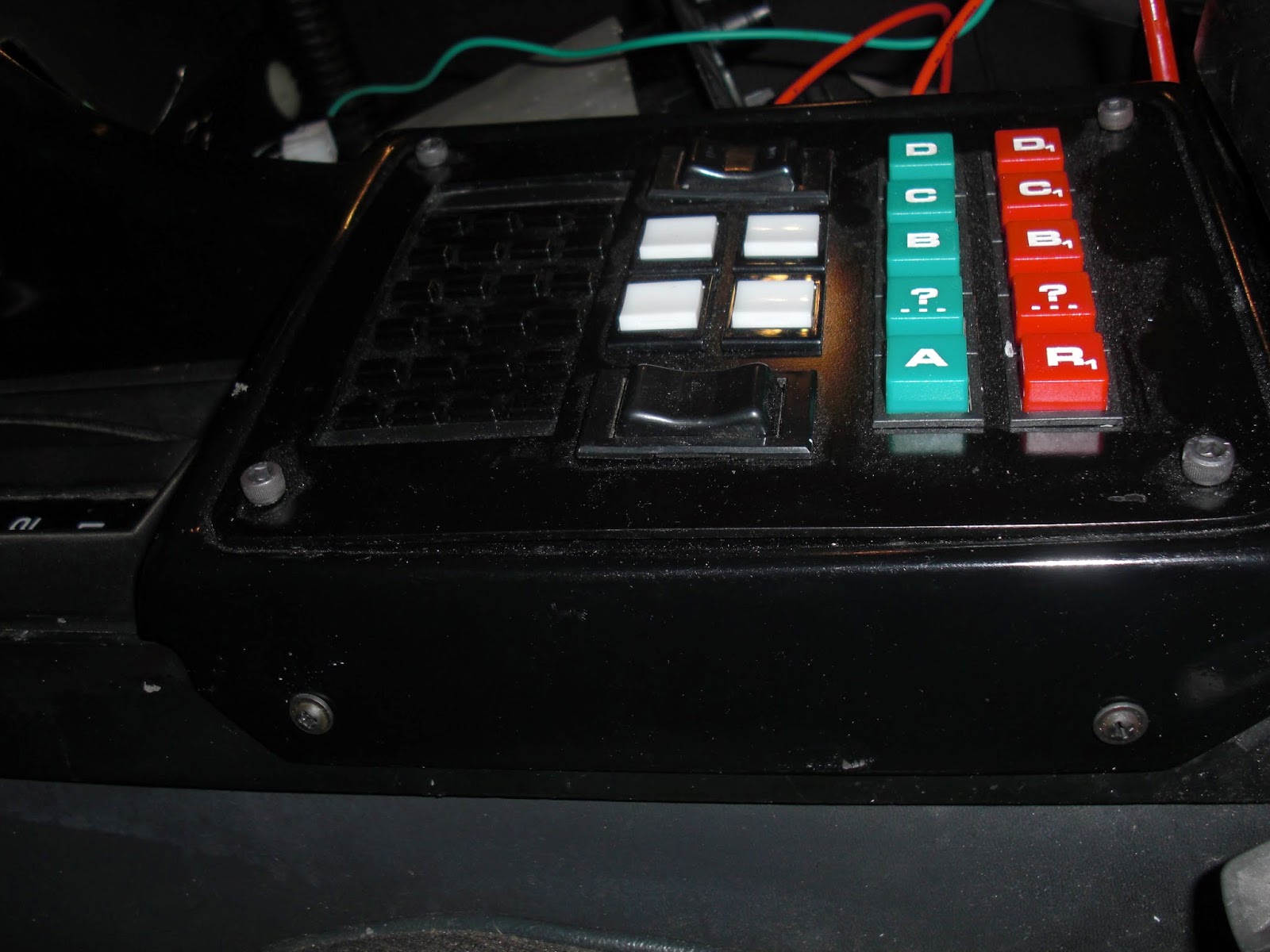 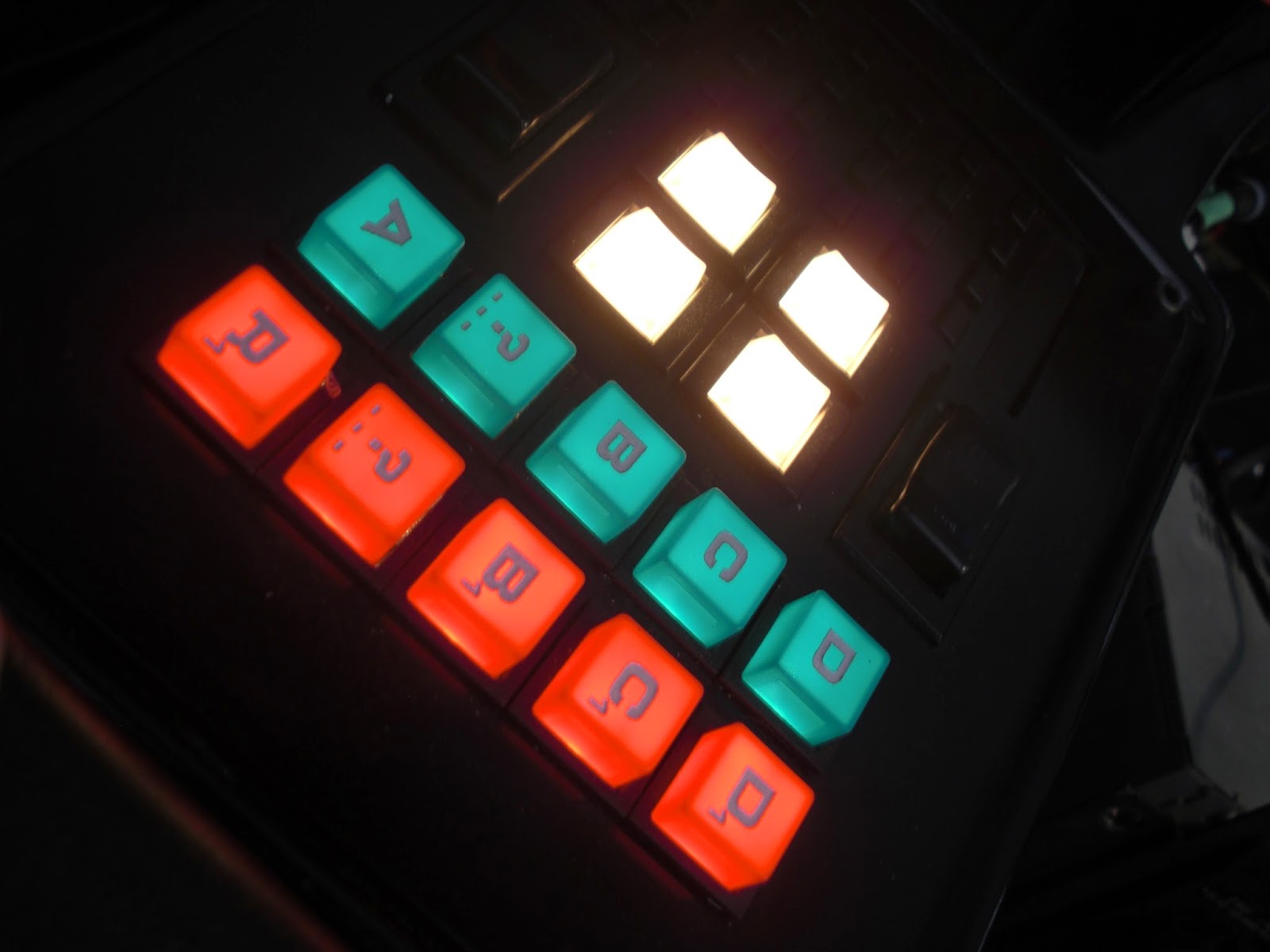 Here is a couple of shots of my Lower Console installed. You can see how I have my mounting screws going through those side "wings" (top left) I had  glassed onto the console when I made the modifications from a console that covered the e-brake to one that allows the brake to be used, which in some states and provinces is law! if your car is equipped with one it has to be accessible.

Posted by KnightRiderGuy at 3:52 AM