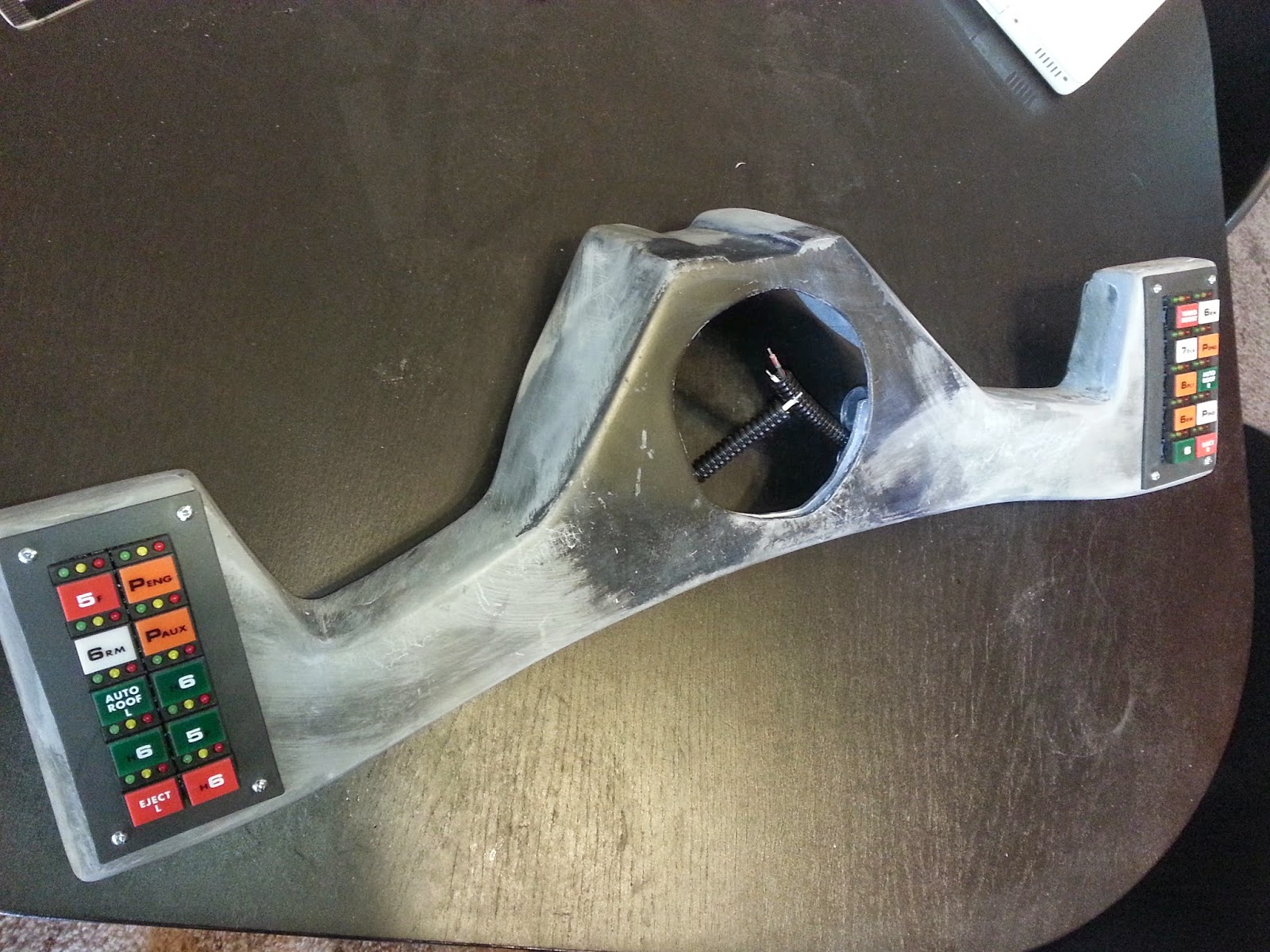 After much tossing and turning in my sleep last night with how to best install my switch pod buttons I came up with an idea that works. Although I would have preferred not to have had screws visible at he front I could not think of a better way given that the buttons board had no mounting holes of any kind, my guess is that they are probably configured for a different switch pod base than the one I'm using so I had to make it work best I could. 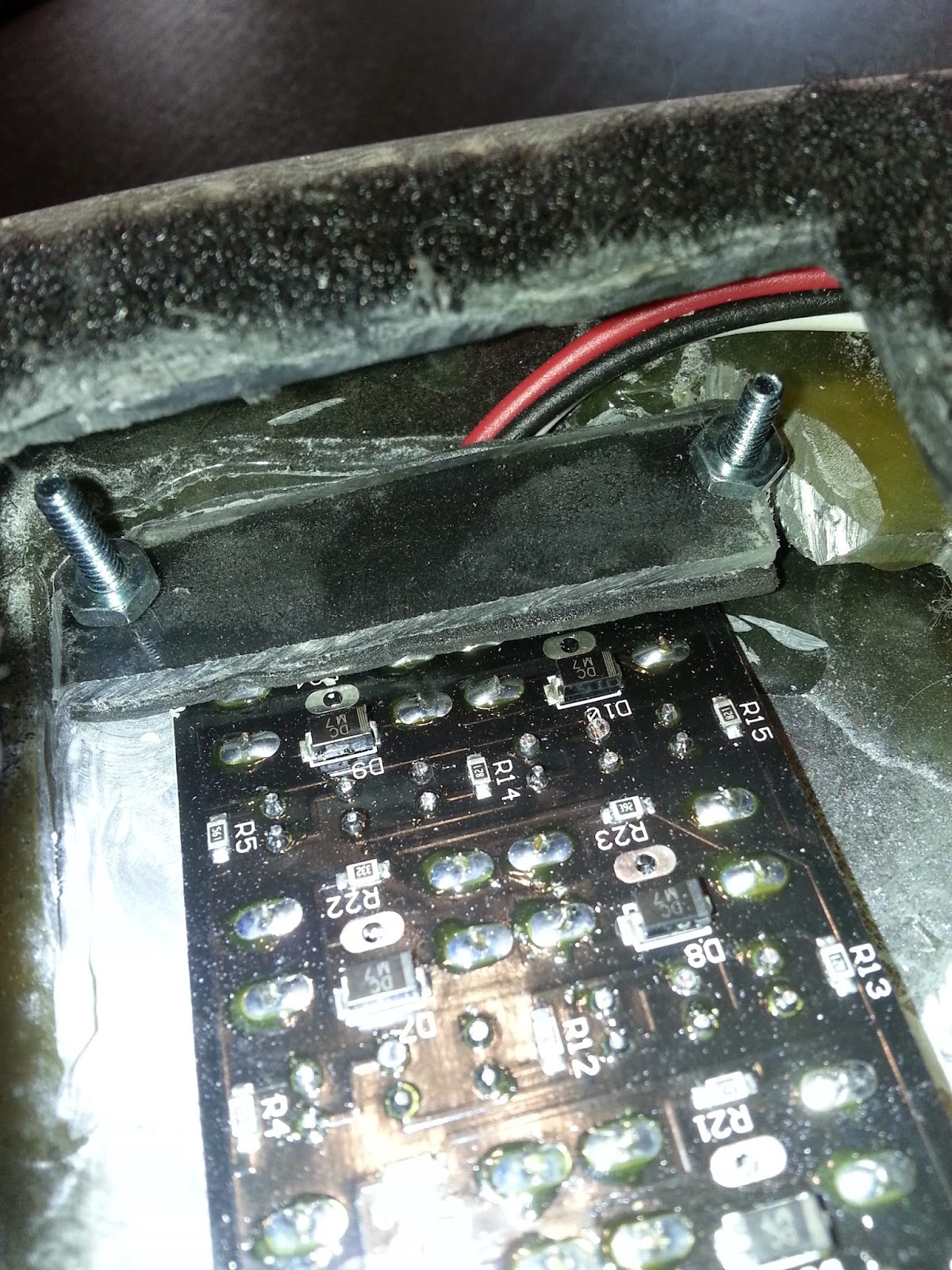 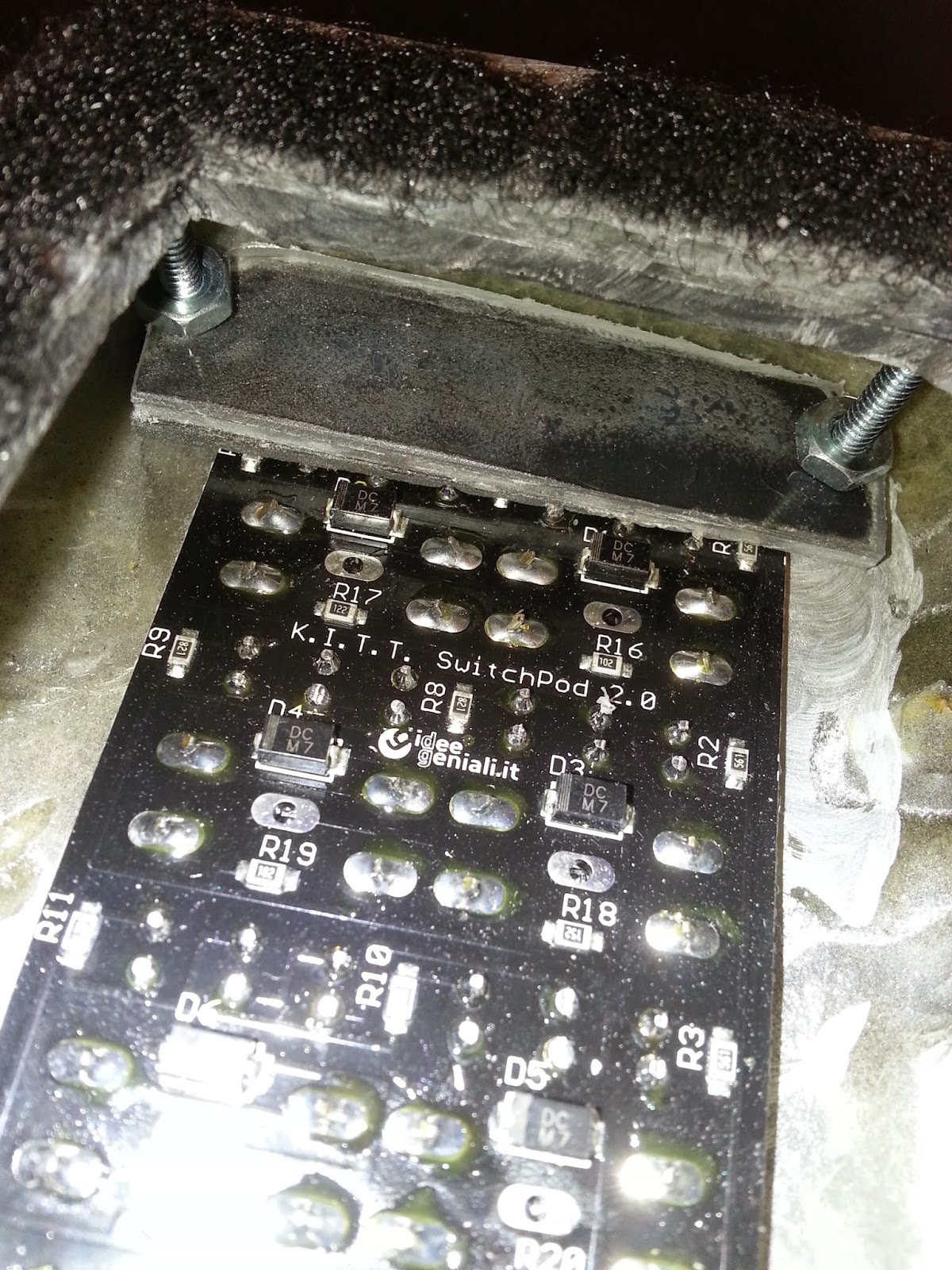 What I ended up doing was cutting out 4 pieces of Lexan plastic and contact cementing some thin high density foam rubber onto the back of each piece of plastic, then drill a hole in each side for the screw to pass through. This way the plastic would press against the back of the boards at the top and bottom, the high density foam rubber would act as a cushion to protect the back of the board from any pressure from the plastic as it was screwed down. 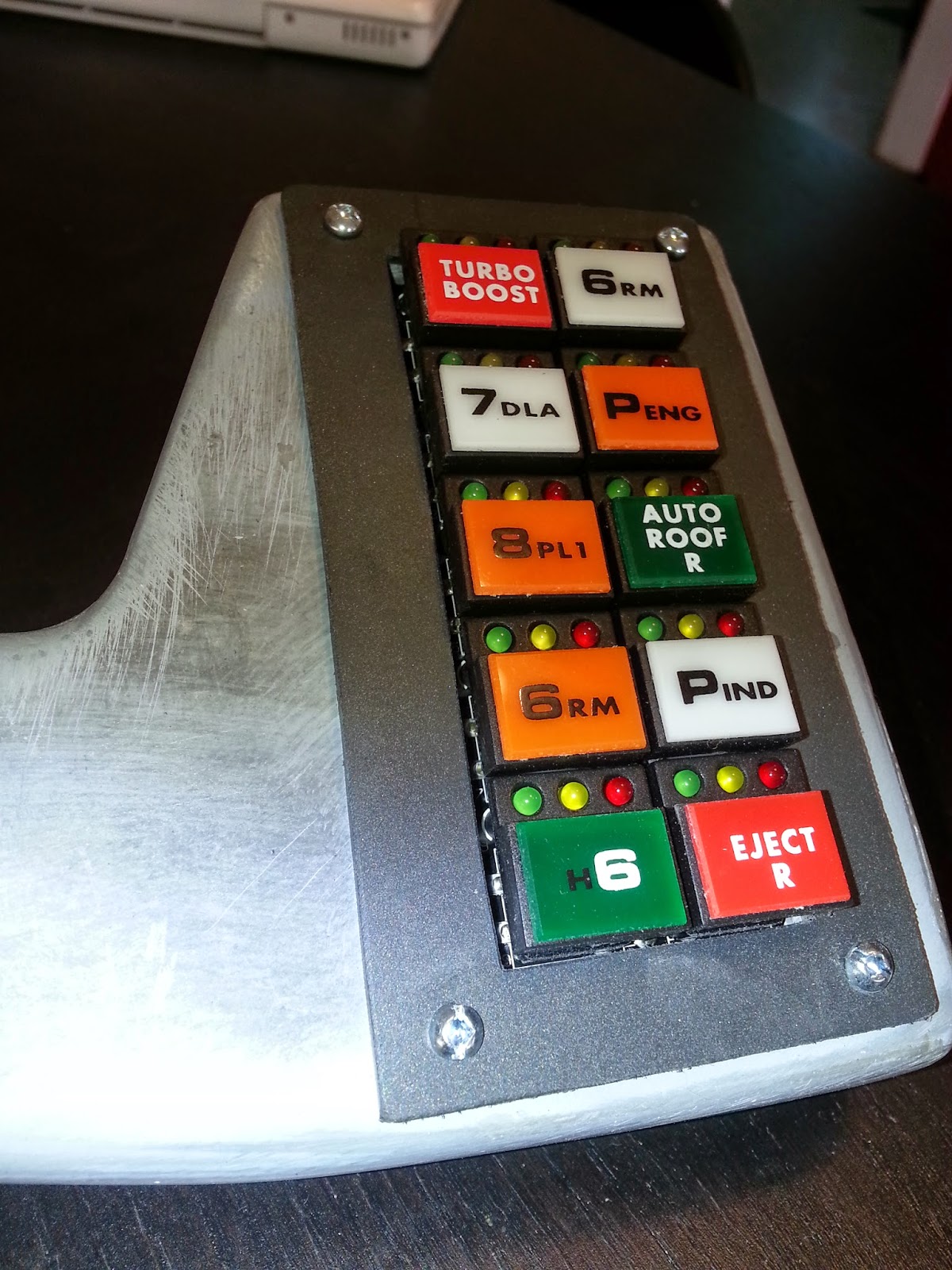 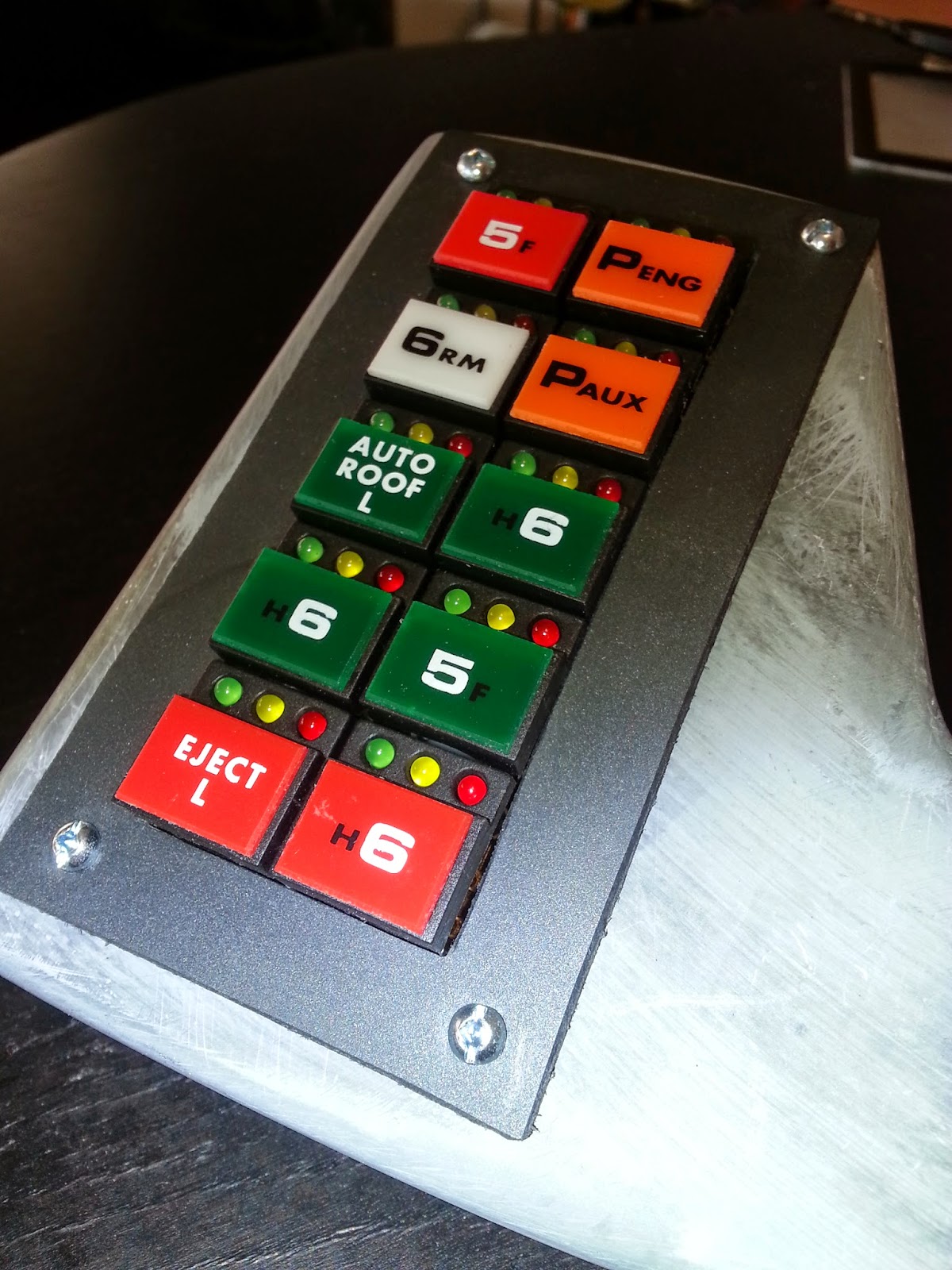 I also cut a couple of plastic bezels out of some of that scrap plastic I had from that salvaged old TV set that got dismantled for odds and ends. The screws go right through the face of the switch pod base and to the sides of the switch buttons board and through the holes drilled into the sides of the Lexan plastic strips with the high density foams rubber on the backs of them. I was looking for black screws but no such luck so I'll paint these when it's time. I figure if I'm sort of forced to have screws they might as well blend as much as possible. Overall I'm pretty happy with the way they look. Once painted they should look pretty sharp.

Posted by KnightRiderGuy at 4:18 PM