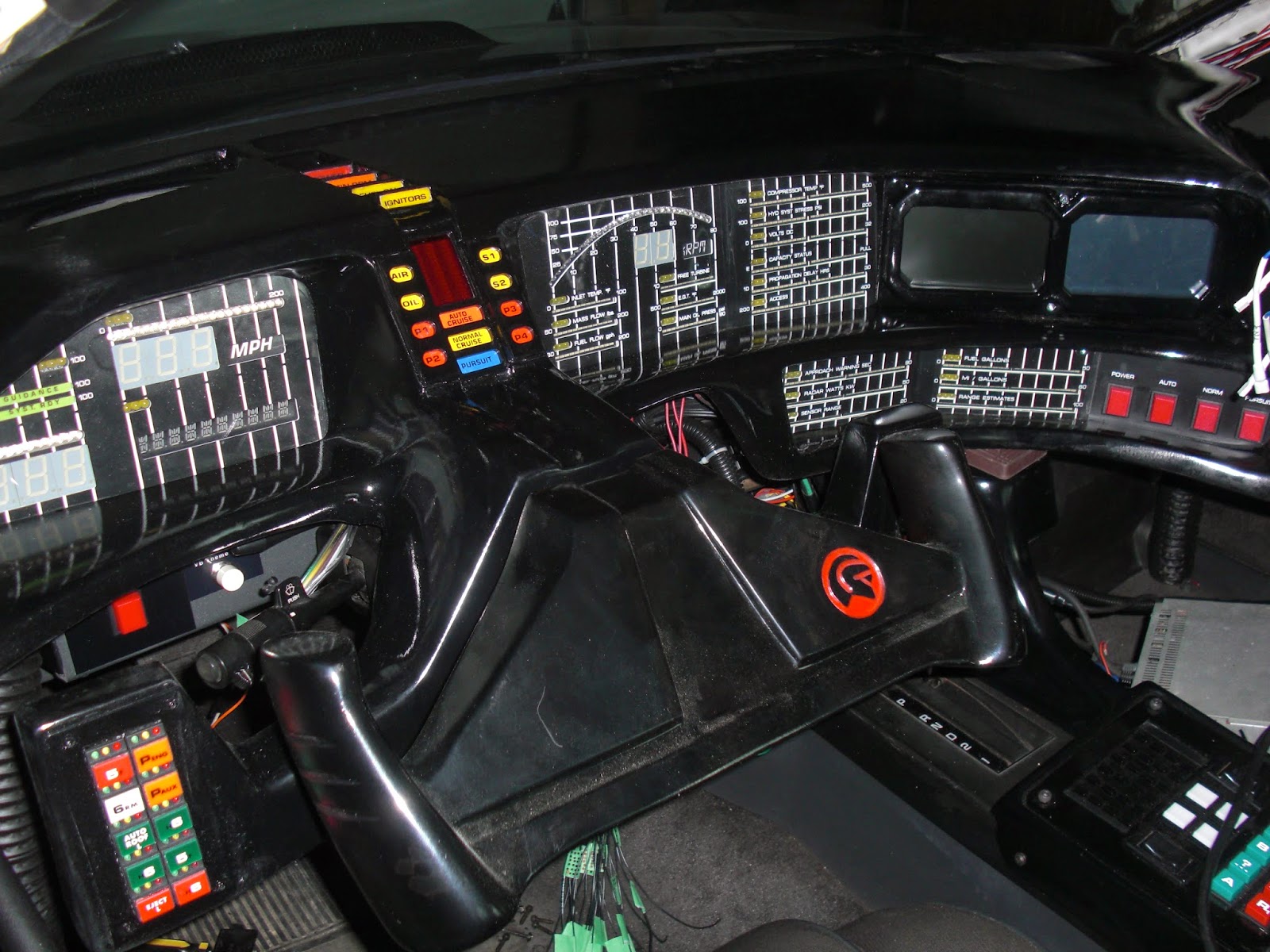 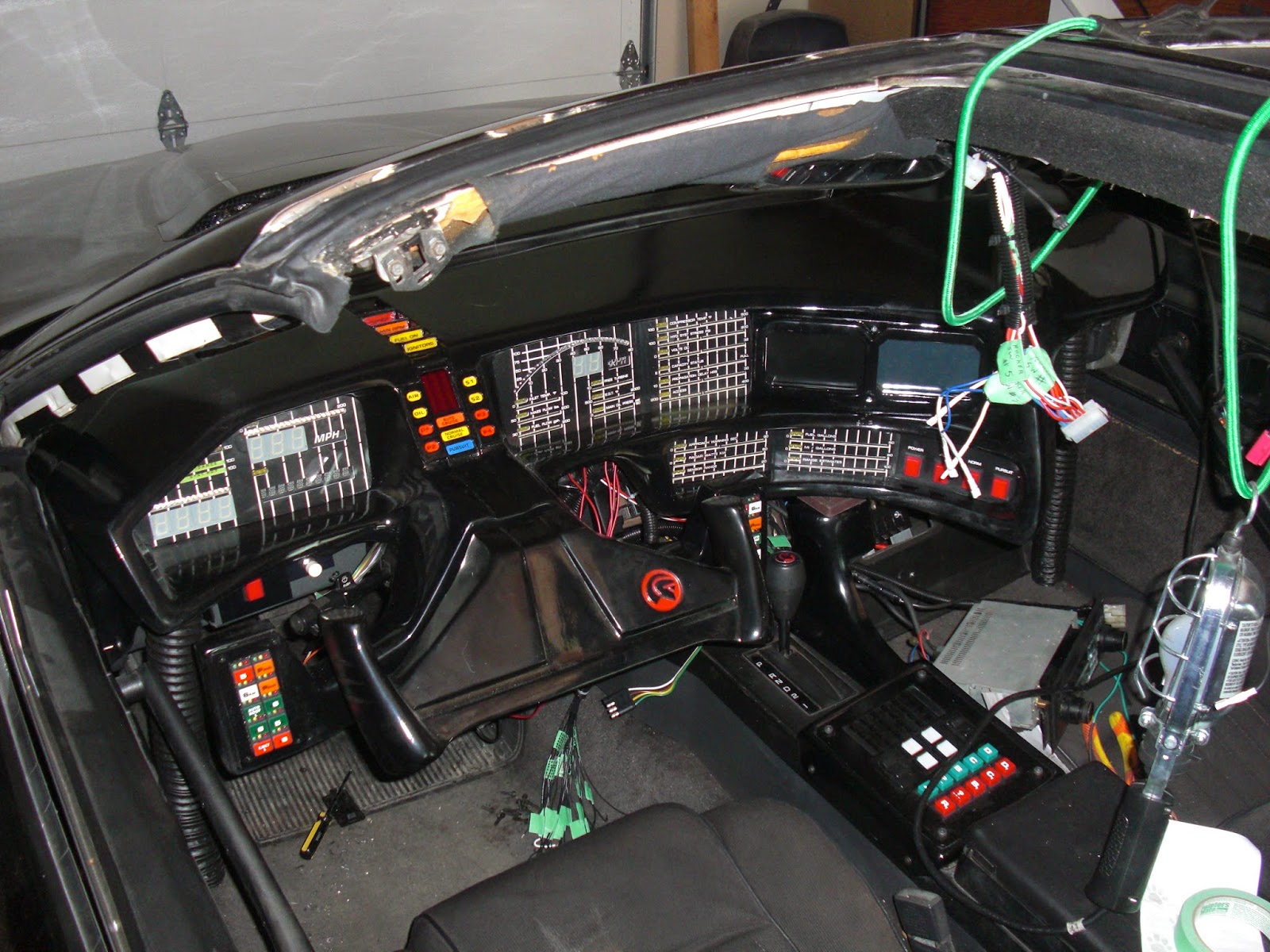 Another test fitting today of my Knight Rider 2 TV Dash after trimming a little bit off of the drivers side mounting wing on the dash and sticking down the pipe insulation I ran across the front of the stock OEM dash. I drilled in a few holes and Zip-Tied down the pipe insulation to the OEM dash just to be doubly sure it not going anywhere. After letting the 3M glue dry overnight I also removed the masking tape from around the steering column that I had glued on a piece of the pipe insulation and a piece of high density foam rubber to help raise up the front of the Switch Pods to match the Gull-wing a lot better. I put the dash in for another test fitting and it's definitely fitting better after those tweaks. I think I can still trim a little more off of the mounting wing on the drivers side but I would not take off too much more though as it's fitting pretty good now. Although I did try and put my windshield side moulding back on the window column to see if that would fit, it doesn't so I'm not sure what others have done to rectify that. I do know now that I don't need so many power wires going up to the Upper Console when I can get away with either a 16 or 10 AWG wire to feed power to the upper console. This would minimize the amount of wires I currently have running up both sides of the window column. I can then run that power wire to my fuse block I have installed on the passenger side hush panel. That way both the Upper and Lower consoles will get their power from that block. 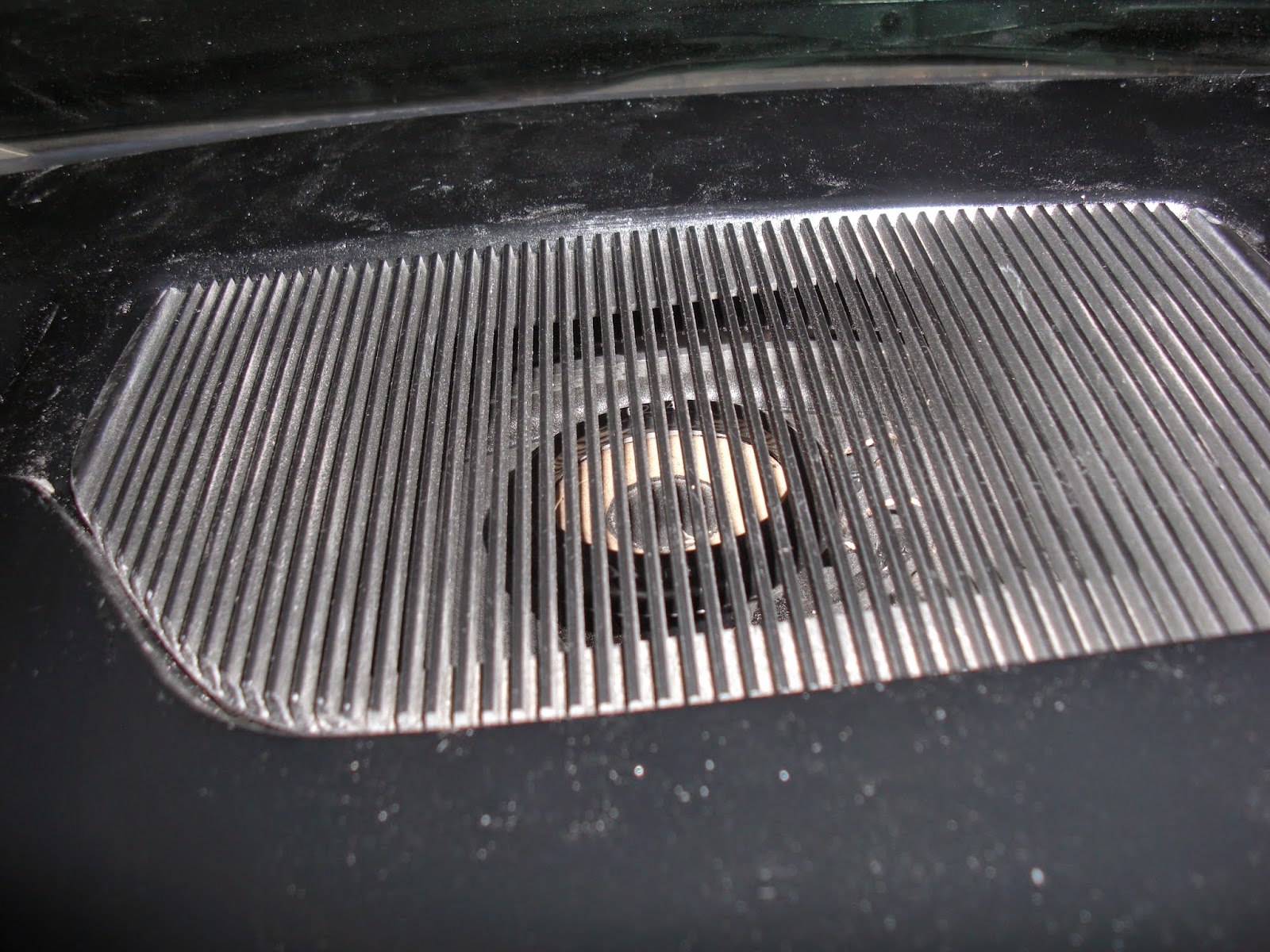 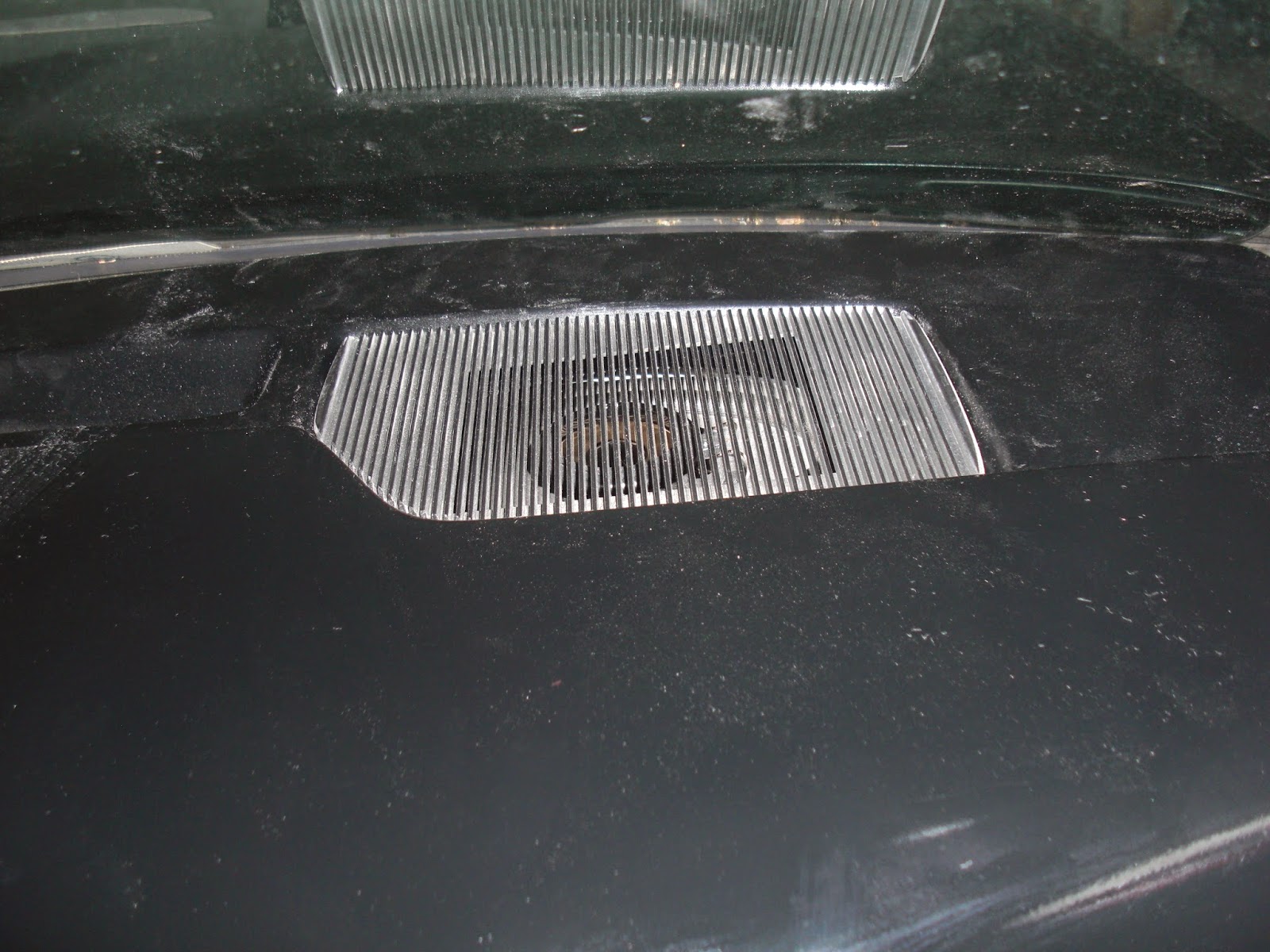 My next job for today was to work out what to do with my speaker grills. Fortunately I had gotten some from the red parts car I had which is great because my car for some reason did not have any installed into the stock OEM Dash Pad. Now because my speakers kind of stick up a little this was going to be a little more tricky than I originally thought it was. My initial plan was to try ands see if I could somehow mount the speaker grills in under the Knight Rider Dash but due to the lack of space I figured I would need to modify them to fit into the recessed areas in the Knight Rider Dash made for the speakers. As you can see in the samples (above left & right) I have cut the passenger side speaker grill to fit nicely into the recessed speaker holes in the fibreglass dash. I'll do the same to the other side taking into account that it is shaped a little different because it is pretty close to the Countdown Indicators channel. 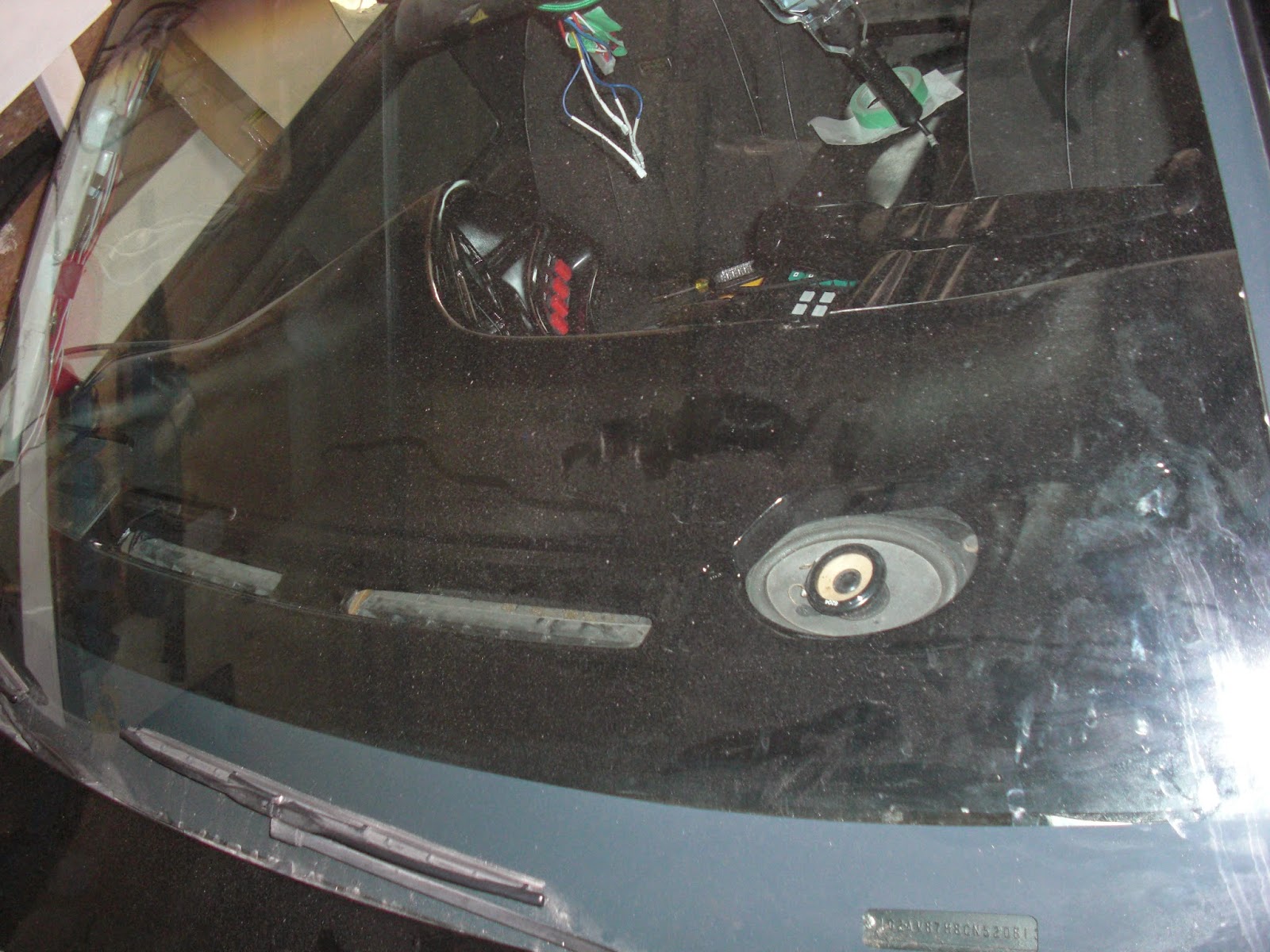 Here you can probably see the difference in the shape of the speaker recess area on the drivers side. It's kind of notched out a bit to accommodate the Countdown Indicators area so I will need to reflect that change in the speaker grill for this side. I'll most likely trace out the other one on a piece of cardboard and make the change to it and gets fit it in and then cut out the speaker grill to match.
Once they fit nice I'll cut out a recessed area in the "Slats" of the speaker grills to allow for a countersunk screw in a few areas and then secure the speaker grills to the Knight Rider Dash. I'll probably clean them up and repaint them too before securing them in just so they will look a lot nicer.


Posted by KnightRiderGuy at 4:21 PM