More Work on the Upper Console

While working on getting those Fog Lights working I came to realize what an Octopus of wires I had going on in that upper console. I mean I had taken precautions and made sure everything was labeled and tucked away neatly but pulling it down to have a look at my lighted rocker switches that the Fog Lights were using it was quite a complex mess of wires. I have added four more lighted rocker switches to the front part of the console, this time I  went with mini-rockers. 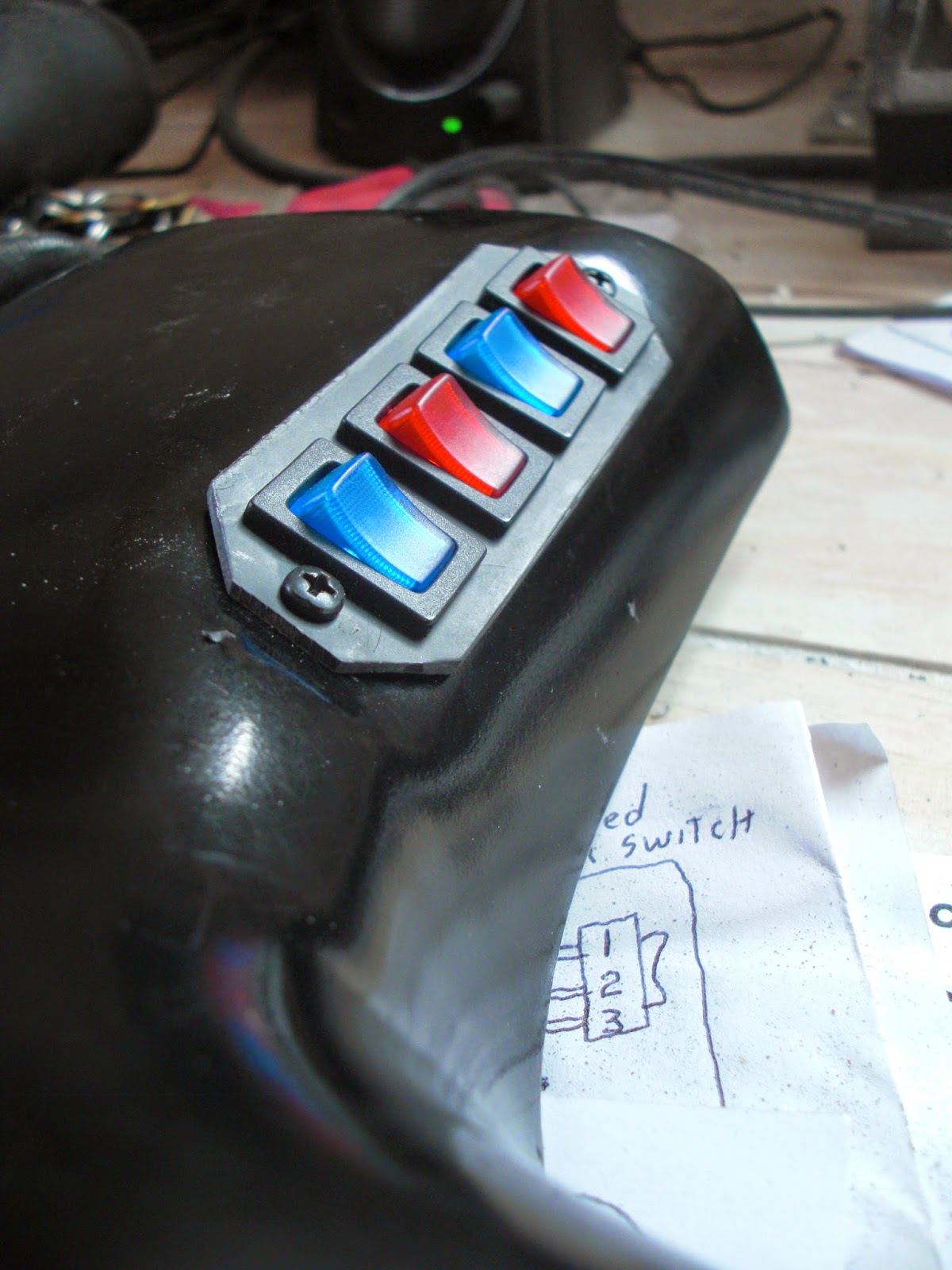 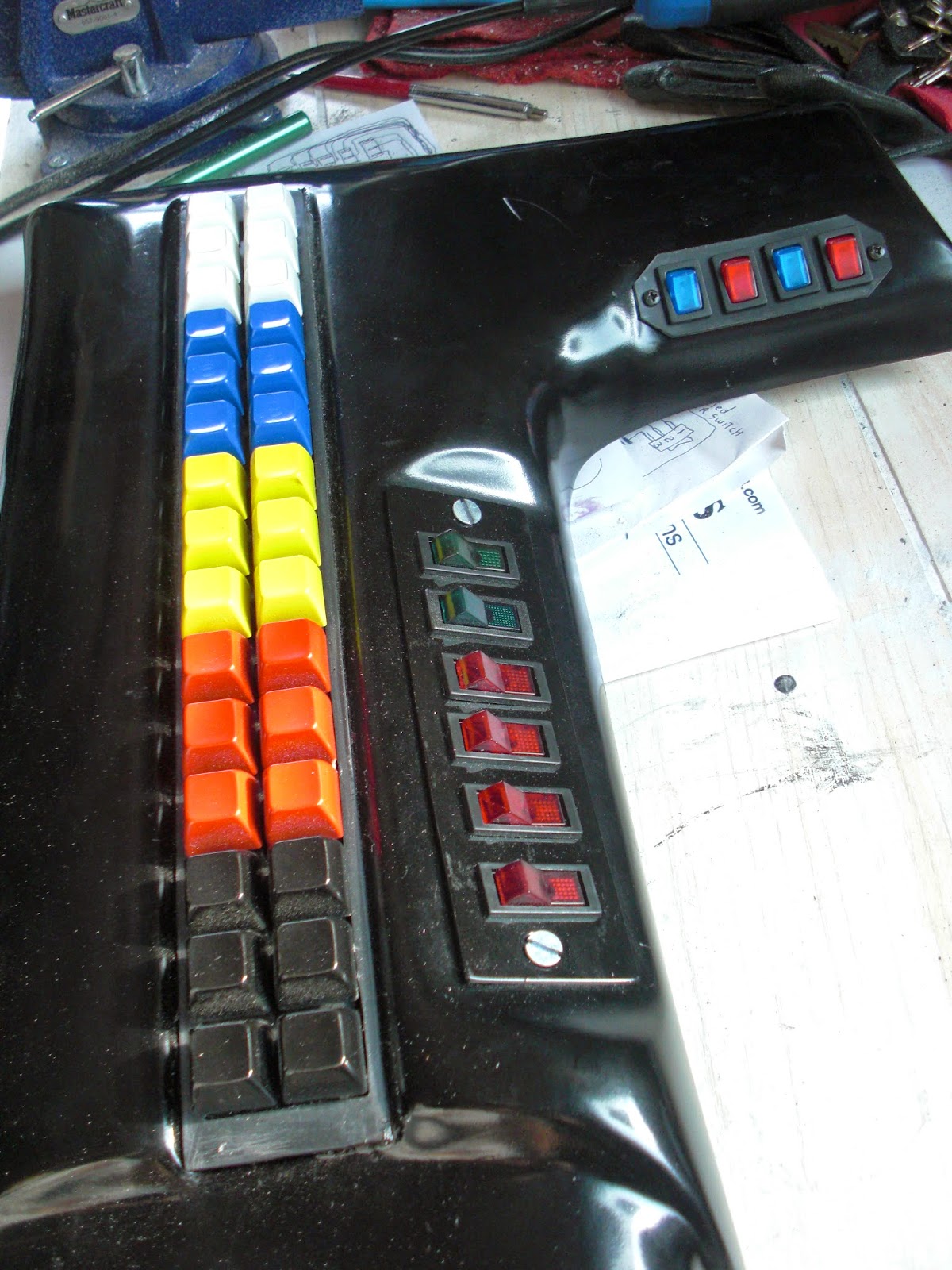 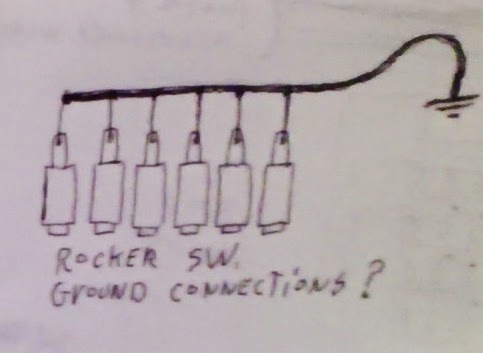 My next job to tackle will be to take all of those somewhat chaotic wires and organize them better and make it so they are connected using a multi-pin connector, most likely 2 or 3 Molex Multi-Pin Connectors. I'm figuring at least a 16 pin for the Rocker Switches along the side, a 12 pin for the mini rockers at the front of the console and 6 pin connector for the Push Buttons. One of the other things I am going to do to save on having a lot of wires running around up there is to combine my ground wires from the rockers like in my diagram on the right. I will run the ground wires from the rockers into a slightly larger gauge wire and run that into a terminal on one of my Molex Multi-Pin Connectors and then run the other end into my ground bus I made in the T-Bar on the car. This should hopefully save a lot of unnecessary wire. I did a similar thing on my car Relays for the Fog Lights and it's working out very well so far. One other thing I did was to make the rocker switches for my Fog Lights into green lighted rockers just to give them some more distinction from the others that are unassigned.
Posted by KnightRiderGuy at 5:00 PM