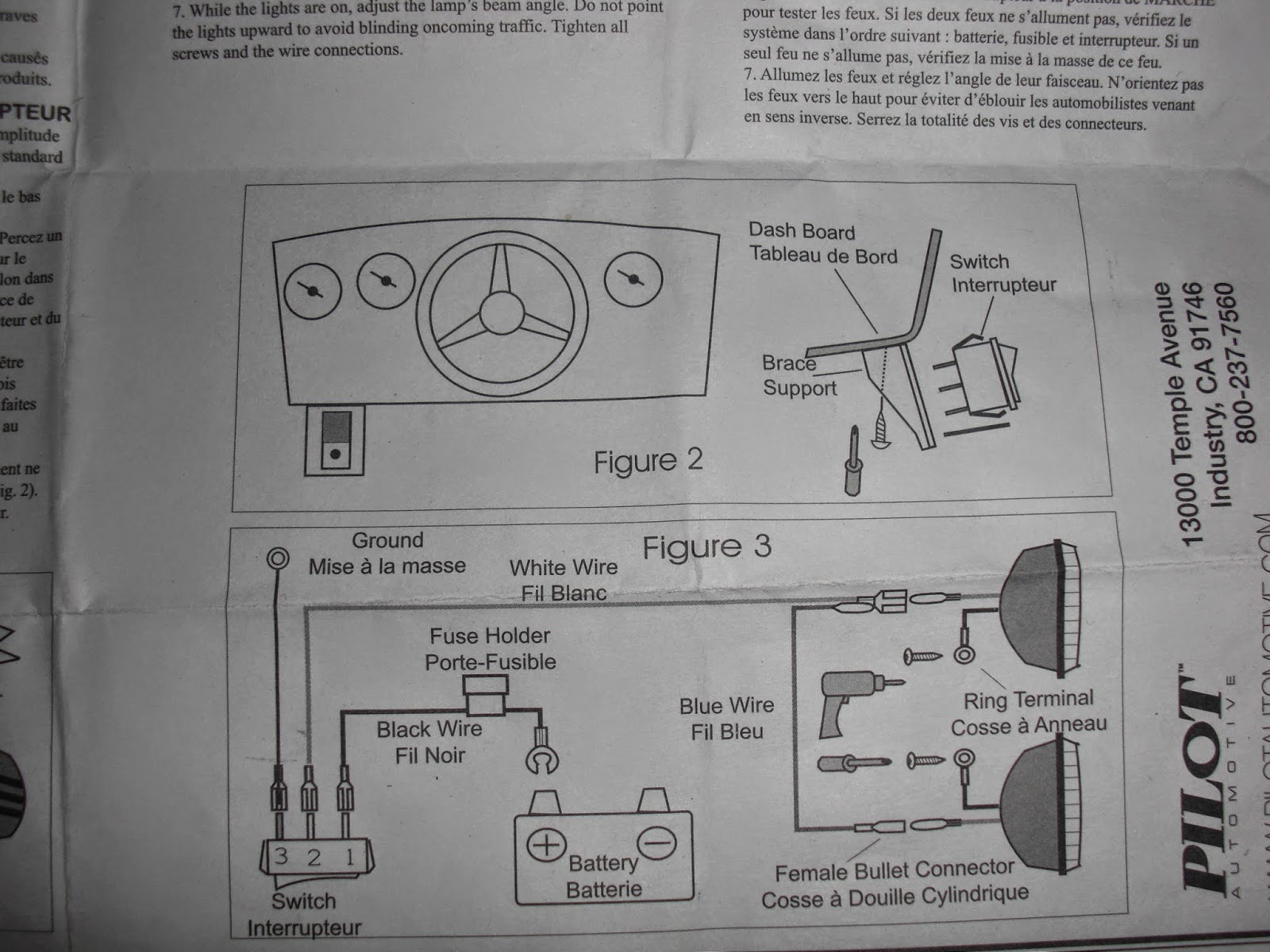 OK some of you may recall some of my past posts about my work on the Fog Lights install. Now I was rather surprised that no one chimed in and let me know that the way I had it wired would not work or at the very least be a potential fire hazard.

Now here was the issue. I picked up two sets of Fog Lights from Canadian Tire made by Pilot Automotive, and of course like a good little newbie I followed the wiring instructions to the letter. Well not long after my scanner had arrived and I wired that up, then waited for the Marine Speakers to arrive so I could hook those up before going to all the trouble of re-hooking up the battery to test out what I had done.... well as it was my scanner worked fine but my Fog Lights did not work. What The Heck!! I thought, I followed the damned instructions to the letter, what gives!!?? I thought possibly a bad ground, so I checked my grounds, nope not the grounds. The Rocker switches for the Fog Lights was lighting up, in fact they were on all the time which I thought was a bit odd considering over time they would drain the battery unless I hooked up some kind of battery kill switch. Was it bad switches I thought.? Somehow I could not see two switches going at the same time, brand new switches at that. So I thought OK lets experiment and move my connections to the other Rocker Switches I had added to my upper console....

Well this time the switch remained unlighted but when I flipped the switch my Fog Lights came on!! What The Heck!! This makes no sense I thought. So off to the Internet and the forums to try and find some answers.

YouTube videos were indicating that my Rocker switches were wired up correctly so what the heck is going on here?!?

Much to my surprise I was to learn that what was needed here were "Relays" to be installed!

Now why the heck would the instructions from Pilot Automotive mention that anywhere?? Especially considering that without Relays you run the risk of melting your switches and causing a fire!! 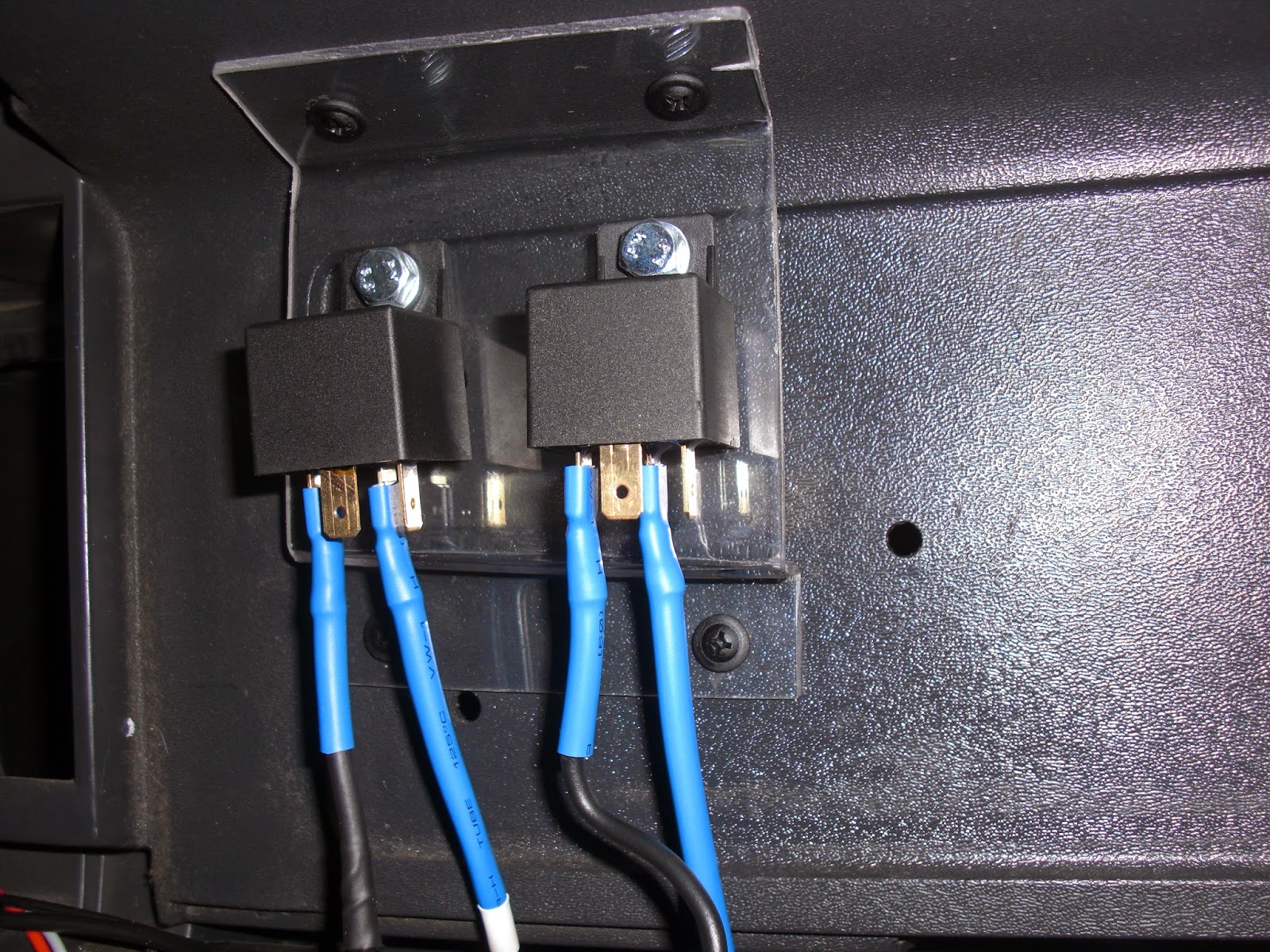 So anyways, I go out and pick up a couple of Car Relay wiring kits with 40 Amp Relays, my Fog Lights are only 55 W Halogens so I realize it's a little over kill but that's OK in my book. So I have them currently mounted onto my dash in that area where the dash documents pocket used to be mounted. The Knight Rider dash sticks out quite a bit in that area from what I understand so there should be plenty of room to utilize the space and that way my relays are not under the hood in the engine bay where they are subjected to the elements more.

So far I have just the power wire (+) Positive fused line from the battery connected to the number 30 terminals of each Relay. I have my ground wires connected I only need to add a ring terminal to the end of the wire and connect it to the ground on the side of the Fuse Block panel.

Now onto another bit of confusion I was having. In my original diagram that came with my Fog Lights kits it showed the Rocker Switch wired with the power wire ( [+] Positive)  connecting to the first or number 1 terminal on my switch, but yet the wiring diagram I was trying to follow for the relays hookup showed the (+) Positive from the battery connecting to the middle terminal??? What the Frack!! Why are all of the YouTube video stating that the middle terminal goes out to your accessory, Lights, motors.... whatever you are trying to power??? Now this was REALLY beginning to bake my little "Cat-Like" brain. lol 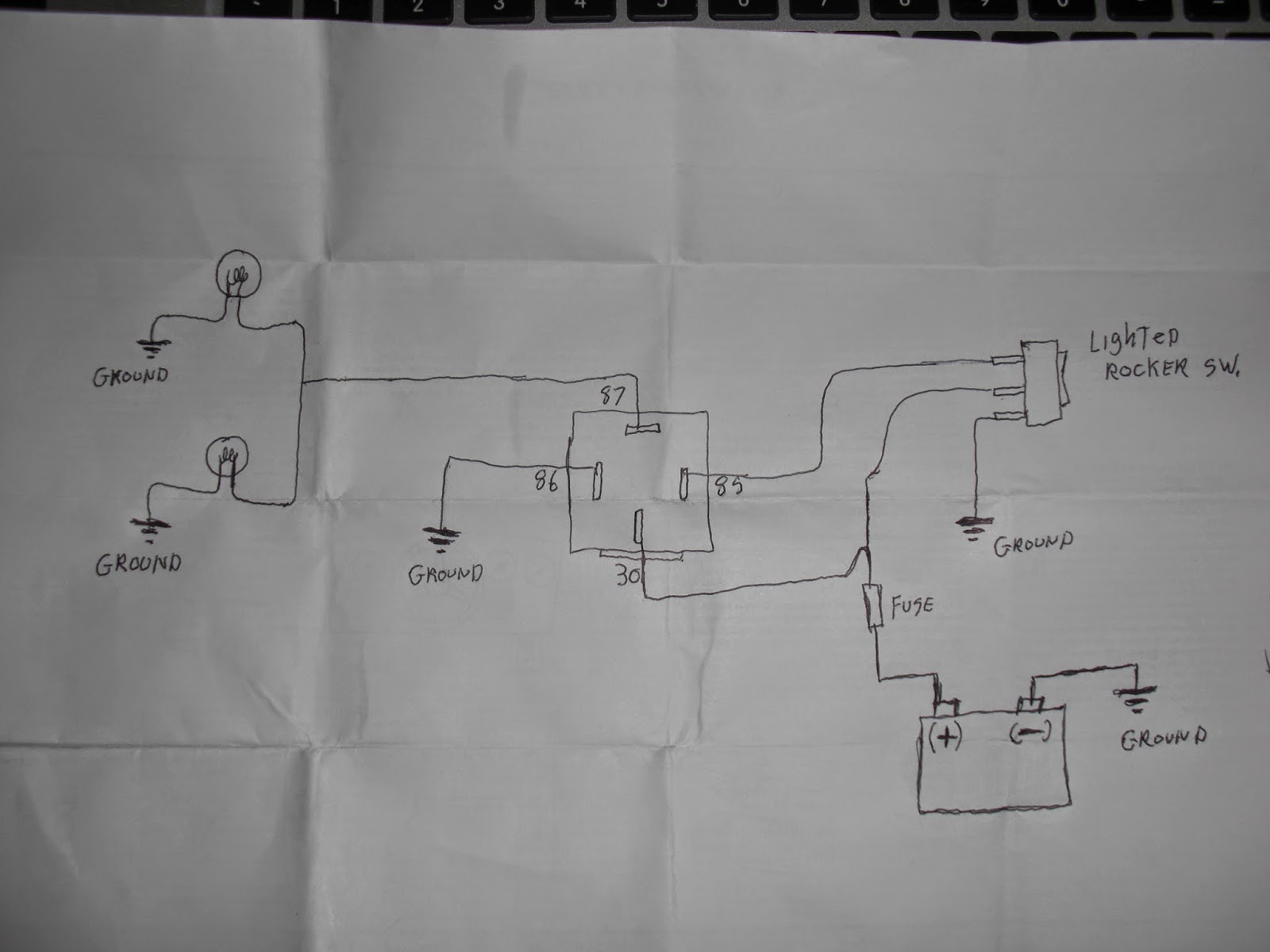 Anyways after much help from some awesome people on the Face Book Knight Rider groups I was to learn that the discrepancy is due to the fact that we now have a relay added into our wiring scenario. Case Solved!! lol at least we hope so. I still need to switch my rocker switch connectors to match the diagram above, and make sure I snip my power wire from the switch and add some wire to make a connection to the Relay's terminal 85 and the other part of the wire connect to terminal 87 of the Relay. Everything else is basically done, the Fog Lights are grounded as are the Rocker Switches so if all goes well it should work.

Now my last and only concern is that I get some mixed opinion about connecting wired directly to the battery. Some say it's bad and that you should connect from the power distribution centre or Fuse Block and other say it makes no difference so long as your wires have a fuse such as an in-line fuse. I can't see there being a difference outside of it being less wires running around in your engine bay... but I have run my wires along the side and have done my best to keep them as far away from other engine components. I have wire protected them, added extra insulation to any potential area that could come in contact with sharp metal edges and possible ware through due to vibration over time, cable tied them securely so I'm not worried about that happening... I went over kill on that stuff lol

I'll follow all of this up with a nice 2 parter video for all you cool cats and we'll see how this plays out for me once I have this all wired according to that last diagram with the Relays... Wish me luck :)

Posted by KnightRiderGuy at 6:19 AM