Installing LDR Into The Upper Console 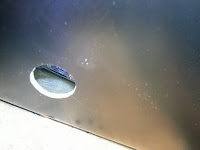 Finally getting around to doing this simple little job that was getting put off for a while until I had done a lot of the Breadboard testing with the Arduino and Unity 3D. I suppose I could have installed it but just wanted to get a lot of the preliminary testing out of the way first. Happy to say that I'm finally going to get the LDR installed. 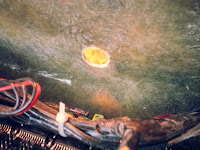 First needed to drill s hole in the front of the Upper Console (The Part that faces towards the Windshield). File it to fit the Plexiglas enclosure I made for the LDR. Had to be a little careful with my file as the electronics are installed so a little delicate work. But I got the hole for the Sensor done and then test fitted the LDR into the freshly made hole in the front of the Upper Console. Fits great so now all I need to do is glass that into place and then connect the wires to a couple of spare ports I have available on of the Molex Connectors in the console. 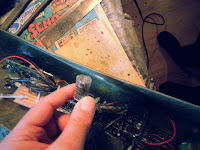 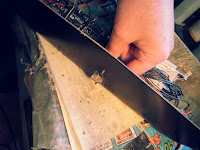 I glassed in the LDR Sensor with some Bondo Glass. I'll no doubt later put a layer of fibreglass resin and maybe some matting over top of that just so it's good and strong, but that can be done later as I'm currently out of Fibreglass resin, need to do a Canadian Tire run and pick up some more so later for that for sure ;) but the Bondo Glass job looks to be pretty descent for now. 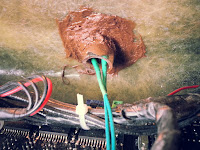 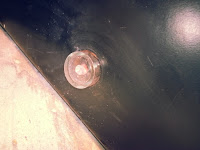 Posted by KnightRiderGuy at 7:49 AM